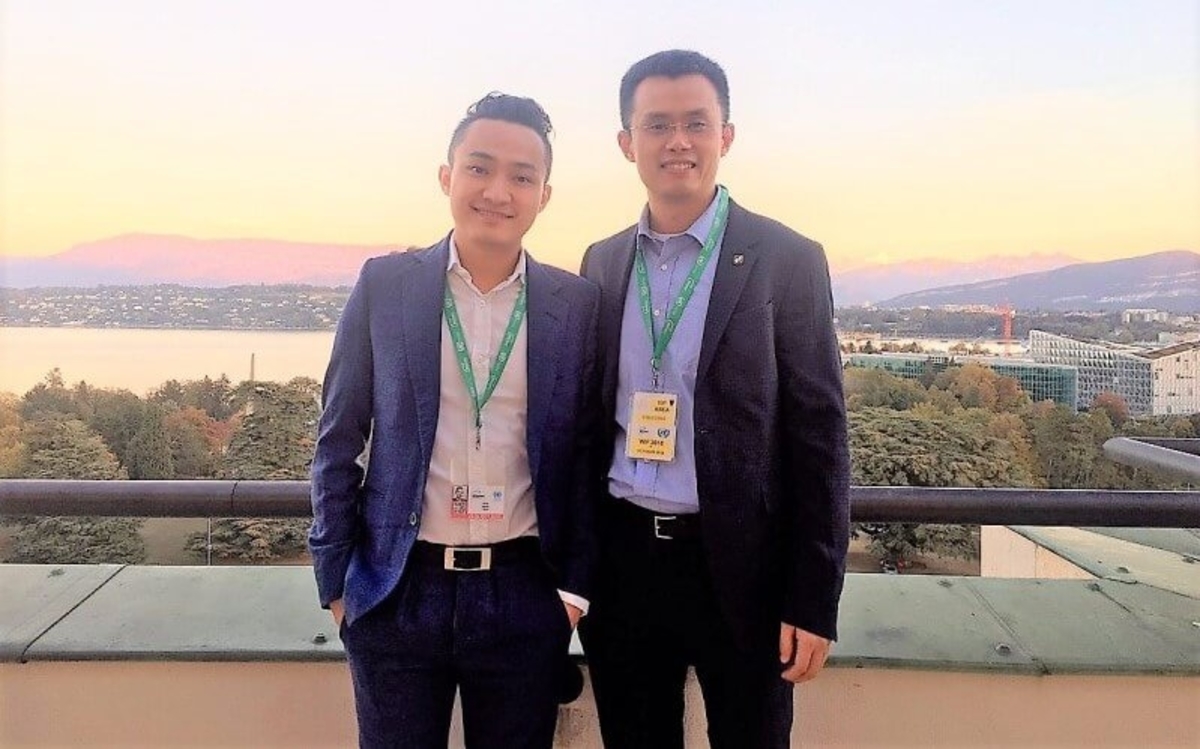 The battle between Justin Sun, the Tron Foundation CEO, and STEEM blockchain, has taken yet another turn, this time the TRON boss responding ‘harshly’ to comments from Binance CEO, Changpeng “CZ” Zhao. This strike looks to be the first of many, in a battle that does not look set to end any time soon.

Since purchasing Steemit.com in mid-February, a Reddit-like app, Sun has been targeted by the community who accuse him of planning to take over the STEEM blockchain forcefully. In the scheme of the attack, Binance, Huobi and Sun-owned Poloniex used users’ funds to vote for Justin’s “Witness” on the STEEM blockchain effectively giving him power over the network.

Why? Justin is looking to unlock the ninja-minted STEEM tokens (pre-mined tokens) he acquired once he purchased Steemit while the community plans a soft fork to preventing him to use these coins in any governance issues.

However, following an outcry from the crypto Twitter community, Binance and Huobi withdrew their votes and the relationship between Justin and CZ has soured since.

CZ spewed a number of tweets on the issue over the past week explaining Binance was unaware of they were participating in a governance dispute. He explained,

“My internal team said it was a necessary network upgrade, so I said go ahead […] If it is not a unanimous network upgrade, then we don’t want to use our users’ funds to participate in a vote. So as soon as we got the feedback, on Twitter no less, we immediately withdrew the vote.”

While news have spread of a personal relationship between the two Founders, CZ said the two have a “strictly work relationship”.

“I didn’t really know Justin until he started Tron, and have only met him a couple times at events after that. We have only talked business, and haven’t really “hung out” in any way.”

CZ also called out the Steemit CEO asking him to be more transparent in his dealing in future. He said,

“I told him already directly, explain what you are trying to do to the community and get support first, then do it. Transparency works.”

Justin Sun responds: “We have no intention to take over any blockchain”

The statement from Binance CEO stipulates Sun may have tried to take over a blockchain – a claim the Tron boss vehemently denied. Replying to the article by CT on Twitter, Sun wrote,

“I believe the point here is about sanctity of private property. We have no intention to take over any blockchain.”

Sun further bashed the planned soft fork stating he will not allow the ninja-minted tokens to be frozen – even by consensus by the community – as it violates the investors’ safety of the tokens. He continued,

“But we won’t allow anyone to freeze innocent people hard earned money even by “consensus”. Anyone assets including exchanges assets should be safe!”

Article Name
Justin Sun Responds To Binance CEO: “We Have No Intention To Take Over Any Blockchain”
Description
The battle between Justin Sun, the Tron Foundation CEO, and STEEM blockchain, has taken yet another turn, this time the TRON boss responding ‘harshly’ to comments from Binance CEO, Changpeng “CZ” Zhao. This strike looks to be the first of many, in a battle that does not look set to end any time soon.
Lujan Odera
Publisher Name
Publisher Logo
Coingape is committed to following the highest standards of journalism, and therefore, it abides by a strict editorial policy. While CoinGape takes all the measures to ensure that the facts presented in its news articles are accurate.
Disclaimer The views, opinions, positions or strategies expressed by the authors and those providing comments are theirs alone, and do not necessarily reflect the views, opinions, positions or strategies of CoinGape. Do your market research before investing in cryptocurrencies. The author or publication does not hold any responsibility for your personal financial loss.
Share on Facebook
Share on Twitter
Share on Linkedin
Share on Telegram
Author: Lujan Odera