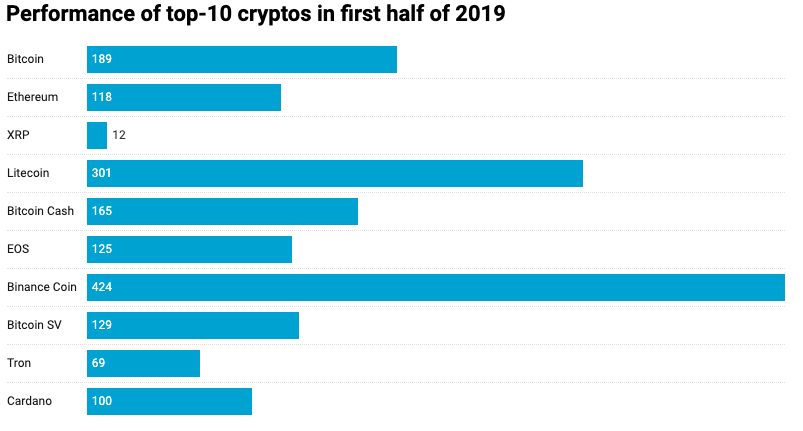 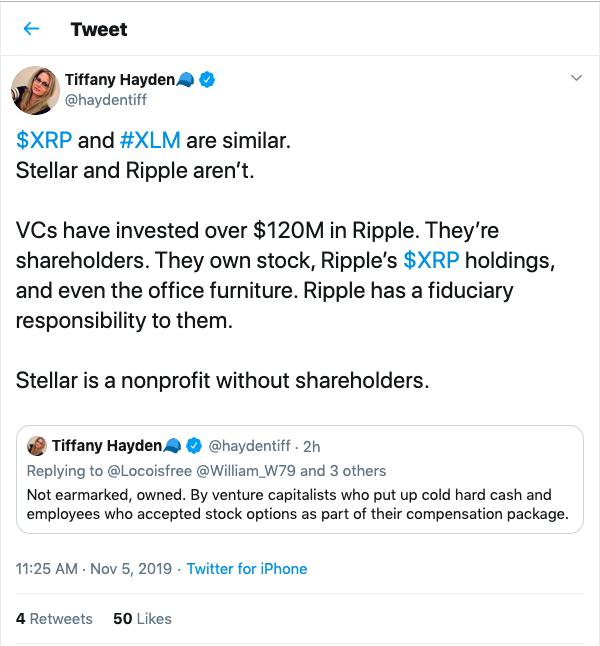 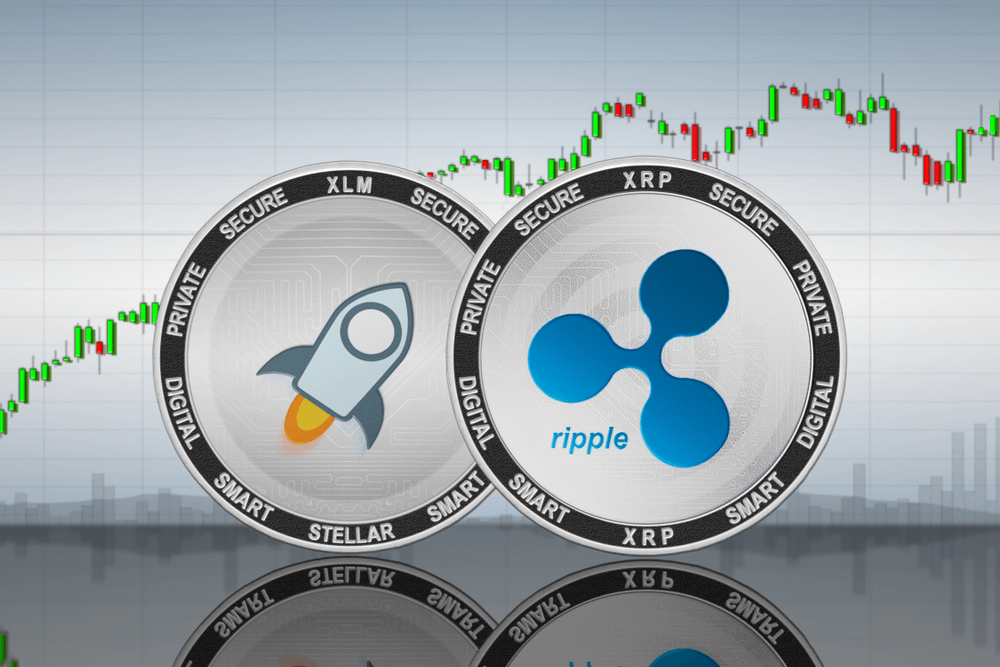 Crypto influencer Tiffany Hayden explains that Ripple can’t burn XRP like Stellar burnt XLM because none of the XRP that Ripple has are unowned.

Advertisement
Why Should Ripple Burn XRP?

The Stellar Development Foundation (SDF) recently announced that it was going to burn more than half of its total supply of XLM tokens. There are a total of 105 XLM tokens and the burning will reduce the amount to 55 billion tokens. However, Stellar’s circulating supply remains unchanged. At press time The announcement has reflected positively on the price of XLM, which went over 20% in the last 24 hours. At press time, Stellar is trading at $0.079.

While XLM supporters are rejoicing, XRP supporters have begun to question why Ripple isn’t doing the same since the crypto asset has not exactly pleased them with its performance this year. XRP, while it has shown growth this year, it has been rather humble when compared to other top cryptocurrencies.

So, it is natural for XRP supporters to feel envious of XLM because the two cryptocurrencies are so similar. In fact, both the companies have the same objectives for the payments industry – cheaper and faster cross border payments. So, if the burning had a positive impact on XLM’s price, then it would have done the same to XRP. However, crypto influencer Tiffany Hayden explains that while XRP and XLM may be similar, Stellar and Ripple are very different.

Advertisement
Ripple and Stellar Are Not Similar

Tiffany Hayden explains that while Stellar is a non-profit with no shareholders, it isn’t the case with Ripple. Venture Capitalists, who have invested over $120 MM in Ripple, are its shareholders and Ripple has a fiduciary responsibility towards them.

In other words, Ripple has no unowned XRP that it can burn. All the XRP belong to shareholders, which include both employees and investors, according to Hayden. She also said that if nobody cared about legal ownership, then the validators on the network could burn XRP holdings, like it is done on other networks.

It is to be noted that previously, Ripple CEO, Brad Garlinghouse had made a statement that Ripple could do whatever it wanted with the XRP that was unlocked from its escrow accounts. He also cleared what Ripple actually did with the XRP that was released from its escrows. Two years ago, Ripple had created 55 escrow accounts with 1 billion XRP in each of them. 1 account unlocked each month releasing 1 billion XRP for the Ripple team. According to Garlinghouse, a part of the XRP is sold programmatically and through OTC trades. The money from the sales is used for developing Ripple and new partnerships. The rest of the XRP goes back into a new escrow account.

Thus, Ripple’s selling XRP may lead to slower growth of XRP in the short term, but in the long term, it means greater adoption of Ripple’s products and XRP, and a more robust XRP economy. Burning may push XRP price upwards for now, but it will not necessarily translate into XRP growth in the long run.

Do you think Ripple should burn XRP to push prices? Let us know what you think in the comments below!

Article Name
Crypto Influencer Explains Why Ripple Can't Burn XRP Like Stellar Burnt XLM
Description
Crypto influencer Tiffany Hayden explains that Ripple can't burn XRP like Stellar burnt XLM because none of the XRP that Ripple has are unowned.
Vinnie Singh
Publisher Name
Publisher Logo
Coingape is committed to following the highest standards of journalism, and therefore, it abides by a strict editorial policy. While CoinGape takes all the measures to ensure that the facts presented in its news articles are accurate.
Disclaimer The views, opinions, positions or strategies expressed by the authors and those providing comments are theirs alone, and do not necessarily reflect the views, opinions, positions or strategies of CoinGape. Do your market research before investing in cryptocurrencies. The author or publication does not hold any responsibility for your personal financial loss.
Share on Facebook
Share on Twitter
Share on Linkedin
Share on Telegram
Author: Vinnie Singh