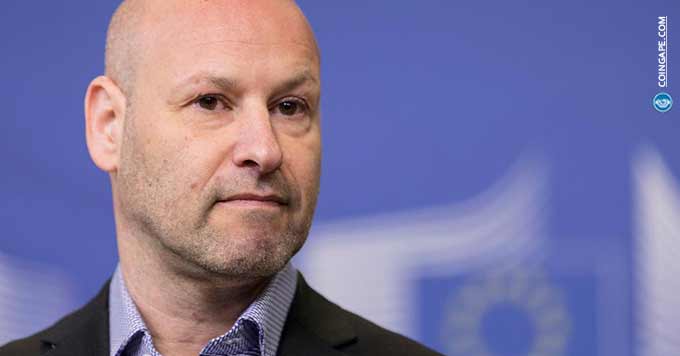 Joseph Lubin, co-founder of Ethereum in a recent interview commented that Facebook should not lead the Libra cryptocurrency project.

Advertisement
Facebook’s Past – A Major Roadblock for Libra’s Success

In an interview with CNBC, he said that with all concerns regarding trust and personal identity, Facebook should not be spearheading the Libra project. Lubin further said that Facebook’s past is not helping Libra as the social media giant infamously used its users’ personal information without their permission and monetization of people’s attention and addicting people to their systems. However, he acknowledged that stablecoins would enable easier cross-border commerce and better access to price stability.

Revealed in June, project Libra had a grand introduction with a list of top-notch corporate backers. In a few span of months, Libra has been subjected to skepticism and scrutiny from the regulators. Owing to Facebook’s history of mishaps in handling personal data.

Advertisement
Will Libra Manage to get Regulatory Approval?

As a matter of fact, Facebook will not have sole control over Libra. The latter will be governed by a panel of backers. On 15th October, Facebook, in its meet at Geneva,  announced its 21 founding members. Some of the members include Uber, Lyft, and Spotify. The board of directors will consist of David Marcus, Facebook’s leader for the project, and representatives from Andreessen Horowitz, PayU, Kiva Micro funds, and Xapo Holdings. Also, in October, Libra suffered a major setback when Visa, Mastercard, Stripe and PayPal pulled their support for the project.

In late October, the House Financial Services Committee suggested that project Libra be ceased till it addresses loopholes. To which  Facebook CEO Mark Zuckerberg replied that the company will not be a part of launching the Libra payments system until it gets the regulatory approval. Interestingly, in the session Libra Association voted to move ahead without regulatory approval, Zuckerberg said Facebook “would be forced to leave” the project.

What will be Libra’s ultimate fate? Let us know, what you think in the comments below!

Article Name
Ethereum Co-Founder Joseph Lubin Explains Why Facebook Should Not Lead Libra
Description
Joseph Lubin, co-founder of Ethereum in a recent interview commented that Facebook should not lead the Libra cryptocurrency project.
Publisher Name
Publisher Logo
Coingape is committed to following the highest standards of journalism, and therefore, it abides by a strict editorial policy. While CoinGape takes all the measures to ensure that the facts presented in its news articles are accurate.
Disclaimer The views, opinions, positions or strategies expressed by the authors and those providing comments are theirs alone, and do not necessarily reflect the views, opinions, positions or strategies of CoinGape. Do your market research before investing in cryptocurrencies. The author or publication does not hold any responsibility for your personal financial loss.
Share on Facebook
Share on Twitter
Share on Linkedin
Share on Telegram
Author: Supriya Saxena