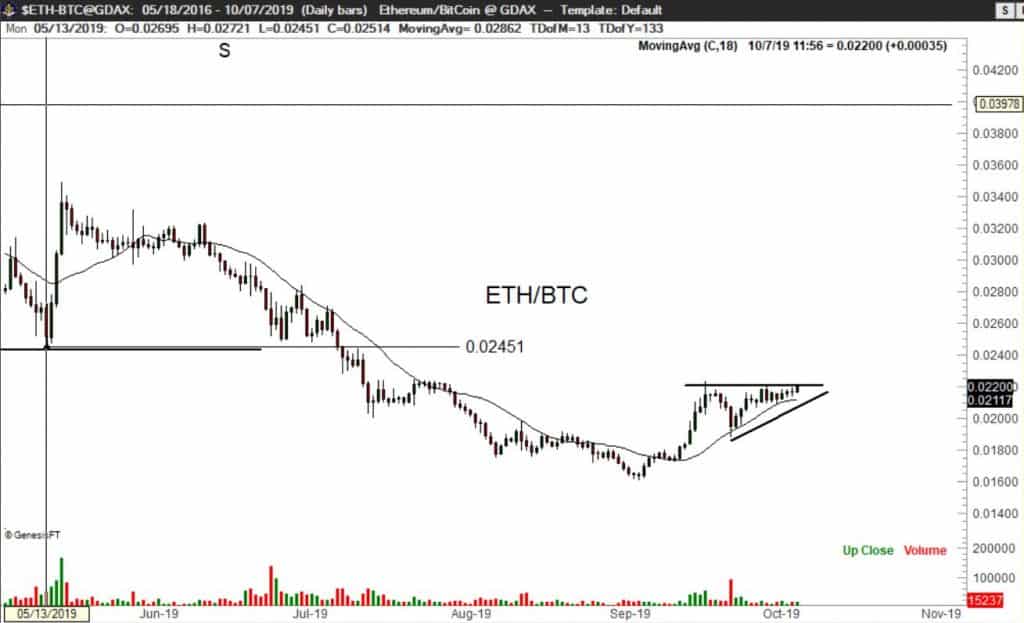 Bitcoin [BTC] continues to trade in a parallel range ($8500-$7775), as it builds up for the next move. The uncertainty around its price is reached its climax, as further downwards movement could invalidate the bull market for a long time.

Ethereum has faced a lot of criticism due to its scalability and the great bear market after the ICOs were put to an end. Nevertheless, the cryptocurrency still leads the smart contracts space, and the launch date of Ethereum 2.0 is coming closer as well.

However, at the recent annual Ethereum Devcon, numerous doubts were raised on the final roadmap. Since Ethereum 2.0 will be a new blockchain altogether, it will require the transfer of smarts contracts, DApps, and wallets from the older blockchain.

While Phase 0 will begin this winter, reportedly, the tokens will be locked on the blockchain for the next six months. Effectively, this can create another ambiguity as there will be ETH 1 and ETH 2 running simultaneously together. According to sources, it might take two years for the completion of Ethereum 2.0.

“No one really knows what Eth 1 will look like once Eth 2 exists, there’s not a ton of new development going on in the current chain clients. Most of the ongoing work is maintenance.”

While the fundamental view on Ethereum is still uncertain, analysts seem to be getting from a technical point of view. After XRP, chart analyst and trader, Peter Brandt, called out the bottom on Ethereum. He tweeted,

Another crypto-analyst and trader, The Crypto Dog estimated that the

The levels indicate the Fibonacci retracement levels, which have flipped from support to resistance. The target of the move is 0.0279 BTC and 0.033 BTC. Escobar, another crypto trader, tweeted,

Against BTC looking incredibly strong so far, next test at 0.0279 Those fibonacci crossovers are what I want to see 📈

Do you think ETH 1 and ETH 2 will operate to create another hard fork situation in the market? Please share your views with us.

Article Name
Ethereum 2.0 Could Raise Another Hard-Fork Situation with ETH 1 and ETH 2
Description
Bitcoin [BTC] continues to trade in a parallel range ($8500-$7775), as it builds up for the next move. The uncertainty around its price is reached its climax, as further downwards movement could invalidate the bull market for a long time.
Nivesh Rustgi
Publisher Name
Publisher Logo