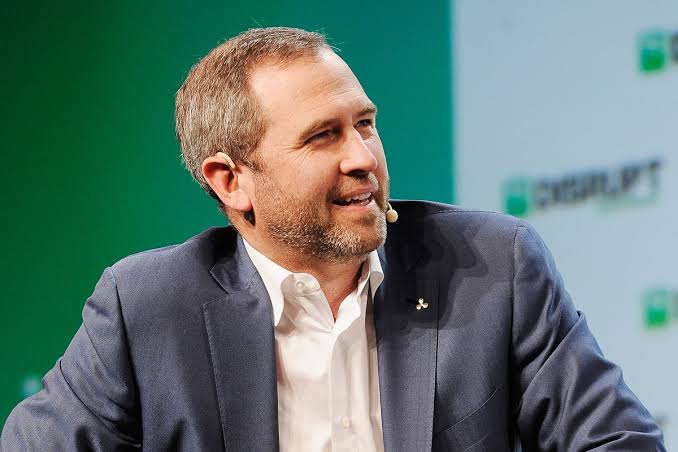 Advertisement
Why does Ripple Sell Millions in XRP Every Month

He then revealed the details of the mechanism of the XRP escrow accounts. According to Garlinghouse, two years ago, one of the biggest concerns around the XRP markets had been that since Ripple owned a lot of XRP, what would happen if Ripple decided to sell it off. To address this concern, Ripple locked up its XRP in 55 contracts in cryptographically signed escrows on the XRP Ledger. The escrows became unlocked once a month for 55 months, meaning one escrow unlocked each month for 55 months. There were 1 billion XRP’s in each account, which means that there were 55 billion XRP’s at the time Ripple created the escrows.

Pomp then asked about what happened to the XRP’s when they were released? To this, Garlinghouse responded

“We could do whatever we want with it.”

“We use some of its for deals… we sell some programmatically…”

Garlinghouse explained the two ways in which XRP was sold – through over-the-counter trades and programmatically. In OTC trades, it was mostly crypto speculators like crypto hedge funds which approached Ripple. Ripple has tried to engage the market in a constructive way by selling XRPs through OTC trade and programmatically at 10 basis points of daily market activity. The mistake they had been making was that they were calculated on the basis of data provided by CoinMarketCap, a website whose reputation has suffered for reporting fake volume. Garlinghouse and Pomp both agreed that CryptoCompare Top Tier (CCTT) was much more trusted and reliable for understanding the actual volume of XRP liquidity.

What Garlinghouse seemed to be implying was their intention with XRP sales was not to manipulate its price, rather, they had miscalculated the amount to be sold by factoring in incorrect data. Garlinghouse further said that they had nothing to do with 99.9% of the XRP trading. According to the reports published by Ripple, it sold XRP worth $170 MM in Q1 2019 and $250 MM in Q2 2019.

What Happened to the Unsold XRP?

According to Garlinghouse, a major portion of the XRPs went back into new escrows. He said –

Pomp asked the Ripple CEO about what they needed the money for that came from XRP sales. To this, Garlinghouse responded that they were reinvesting in the company, and he gave the example of Moneygram which Ripple had recently entered into a strategic partnership with Moneygram and invested $30 MM in the common stock of the company.

An interesting point that Pomp touched upon was the restricted selling agreements on those who bought XRP through OTC trades. To this, Garlinghouse said, “Sometimes yes.” He further added that with these restricted selling agreements, what Ripple had done was healthier than the ETH and Bitcoin environment had because there were no restrictions there stopping whales from dumping the tokens.

Pomp tried to find out what the selling restrictions were on a customer basis or a more generalized basis, but Garlinghouse refused to answer this. He said-

“We are already 10 or a 100 times more transparent than anyone else in the crypto community and we’ve got a tact for doing that. And, I think you just asked me to be more transparent. I think I’m going to pass.”

Garlinghouse simply explained that they were trying to do smart, strategic things to leverage their balance sheet and catalyze the developments in the ecosystem. Pomp conceded that people trying to find out all this information was too much. It was like saying that Ripple should open-source their contracts.

Are there any Discounted Deals for OTC customers?

When asked about discounts on OTC sales, Pomp tried to guess if the discount was around 50%. Garlinghouse immediately corrected him saying that it was more like 5%. His rationale behind this figure of discount was that he thought of XRP as a currency. He remarked –

Do you think that Garlinghouse’s disclosures will help strengthen trust around Ripple and XRP in the crypto community? Let us know what you think about the Ripple CEO’s responses in the comments below!

Article Name
Ripple CEO Clears FUD Around "XRP Dumping" in an Interview with Pomp
Description
Co-founder & Partner at Morgan Creek Digital Anthony Pompliano, aka Pomp recently interviewed Ripple CEO Brad Garlinghouse. In the interview, Garlinghouse explained the monthly XRP sales and cleared the FUD around them.
Vinnie Singh
Publisher Name
Publisher Logo
Coingape is committed to following the highest standards of journalism, and therefore, it abides by a strict editorial policy. While CoinGape takes all the measures to ensure that the facts presented in its news articles are accurate.
Disclaimer The views, opinions, positions or strategies expressed by the authors and those providing comments are theirs alone, and do not necessarily reflect the views, opinions, positions or strategies of CoinGape. Do your market research before investing in cryptocurrencies. The author or publication does not hold any responsibility for your personal financial loss.
Share on Facebook
Share on Twitter
Share on Linkedin
Share on Telegram
Author: Vinnie Singh