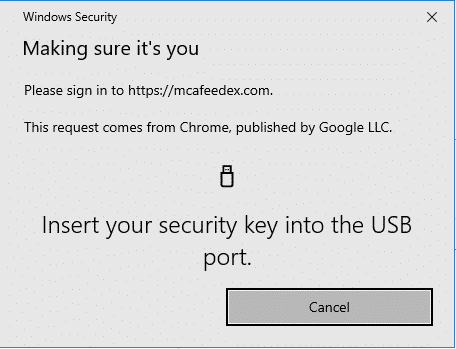 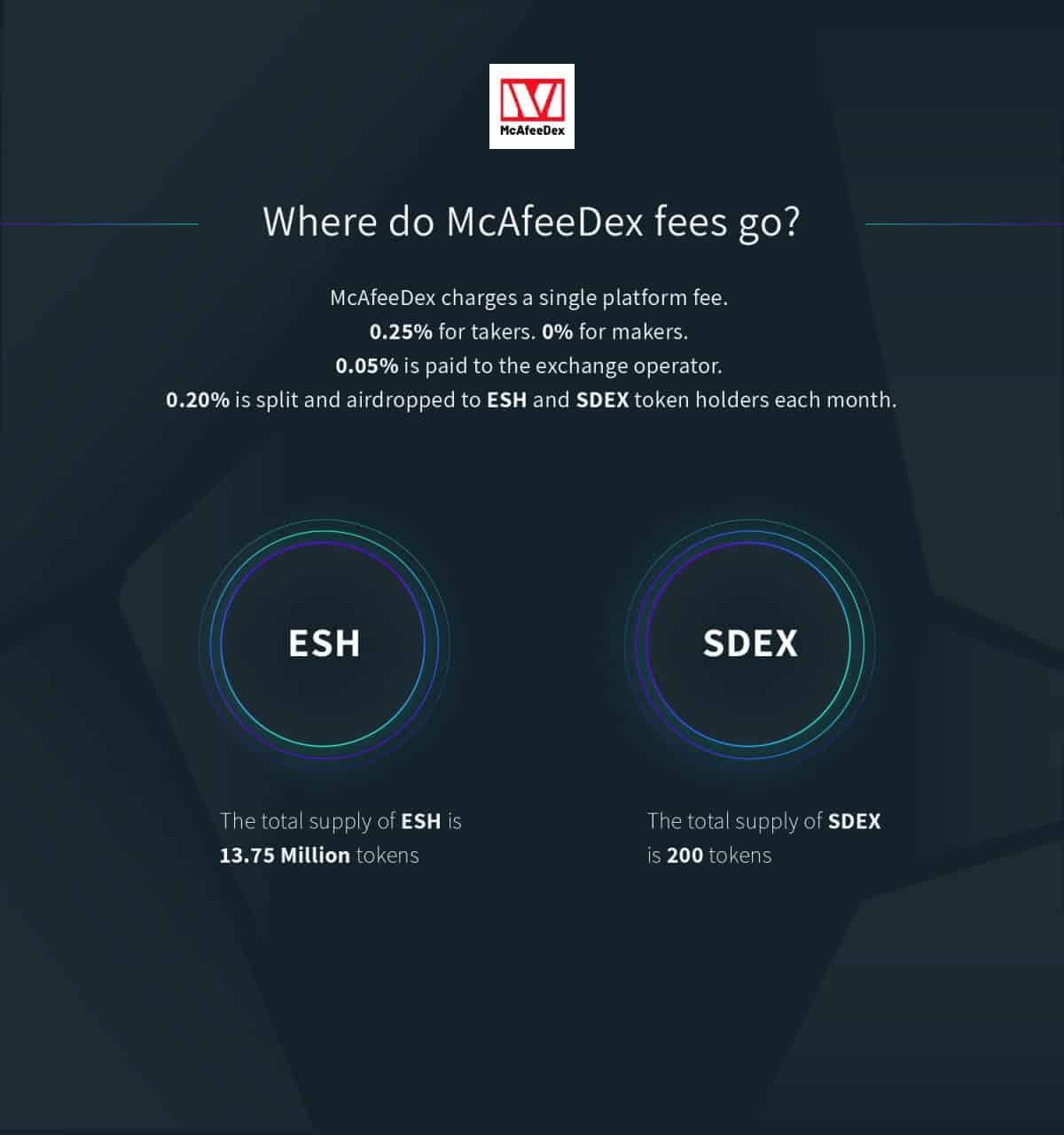 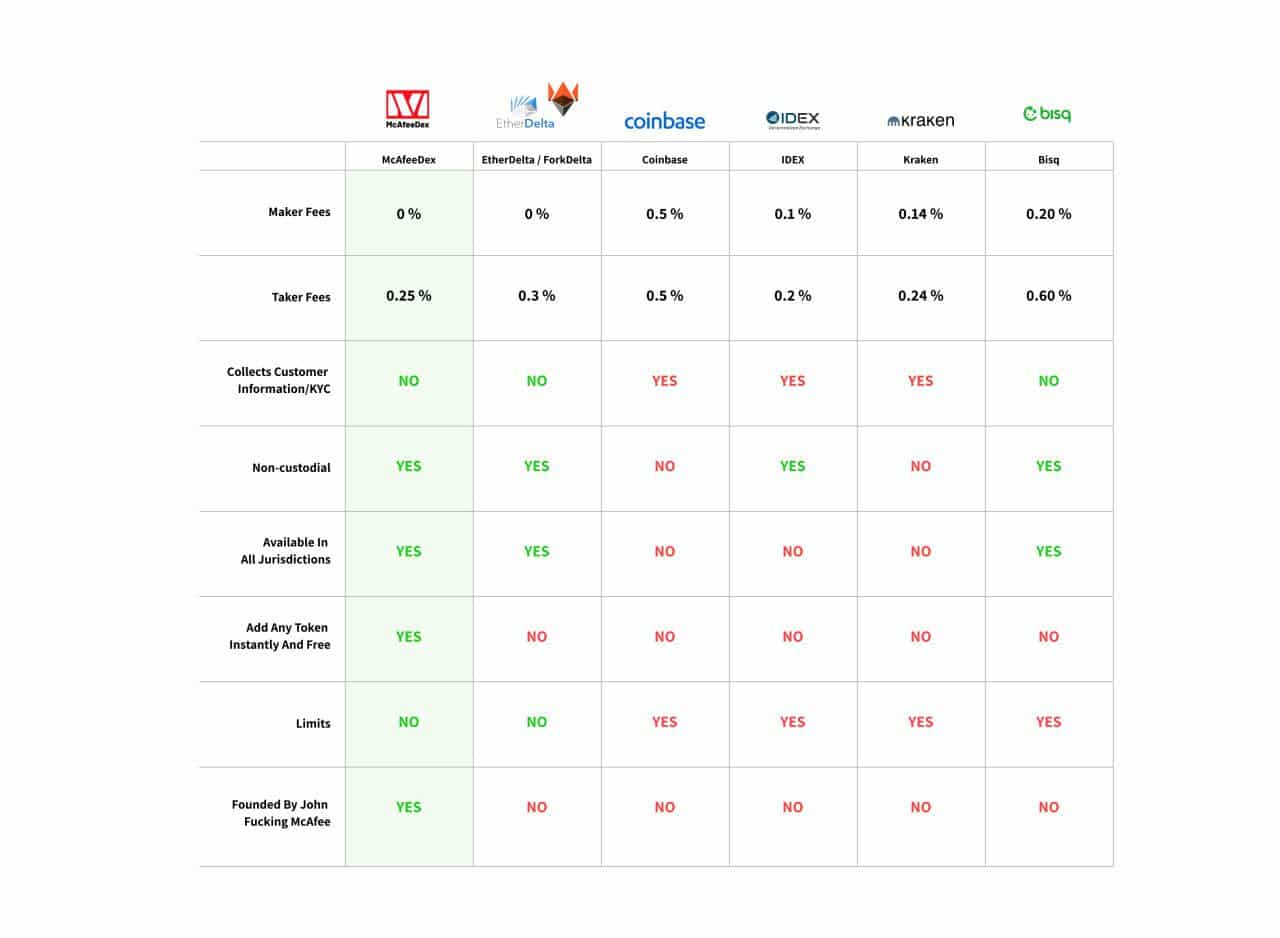 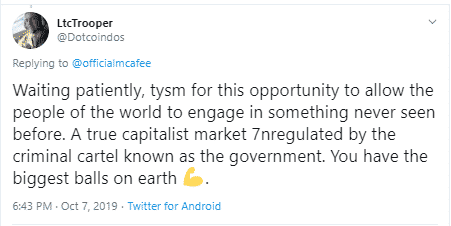 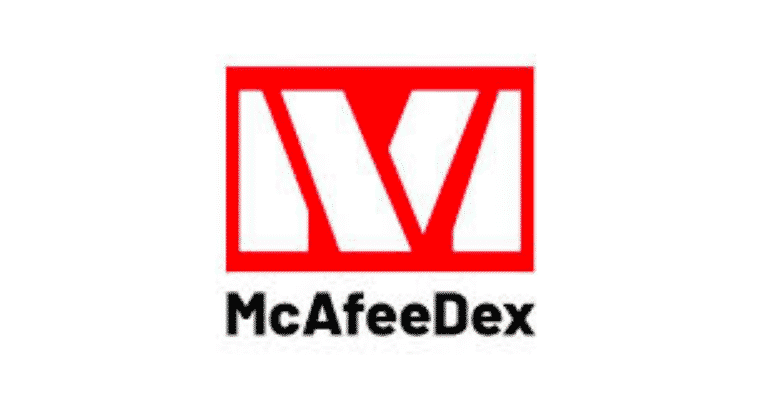 Per a recent tweet by John McAfee, his DEX is now live.

The DEX comes with a unique USB Dongle Security Feature!

Here is a glimpse of ESH/ETH market at the exchange.

The installation at the portal is not yet automated so it will take two days of hand holding by the exchange. This means that the McAfee team will help in the installation of the software package for a fee of $395 and the runners of the portals will get 0.05% off each purchase trade that goes through them. Also, no percentage will be paid to the McAfee DEX team for the same.

McAfee further announced that the DEX will have shared liquidity. This means all portals will have access to all maker/taker information coming through every other portal and the McAfee DEX portal.

A Decentralized Exchange In True Sense

As previously reported by Coingape, McAfee announced the launch of the exchange on the 4th of October. As per earlier details, users need not submit any document, e-mail, bank info or transaction details. Moreover, nothing on the platform will be monitored, there will be no restrictions and no listing fees whatsoever. Furthermore, the DEX is open source which means that anyone can change the source code and may even eliminate trading fees!

The former antivirus magnate had earlier announced that along with his team he will allow others to build portals. This, in turn, will bolster power trading operations on his Ethereum- based DEX. While the beta version of the platform will be based on Ethereum, the DEX will soon be available on the TRON network as well.

Where will the McAfee DEX Fees Go?

The 0.25% fees will go to the takers. There will be no fees whatsoever for the makers. Of the 0.25 fee, 0.05% will be paid to the exchange operator. The rest 0.20% will be split equally and airdropped to ESH and DEX token holders. The total supply of ESH tokens and $DEX tokens stands at 13.75 million and 200 tokens respectively.

McAfee in another tweet took a sarcastic dig at the top crypto exchanges. He posted a picture of the different charges levied by the exchanges, their availability in different jurisdictions and their KYC procedures.

Source- Twitter Does it Mean Good News For Traders?

McAfee’s tryst with the crypto space is not new. He has time and again shunned government control over fiat currencies and pointed out that centralized exchanges weaken the economy.

Crypto Twitter expressed their enthusiasm towards the launch of McAfee’s exchange. A twitter user with handle “LtcTropper” said that it is an awesome opportunity for the netizens to engage in a thing never witnessed before.

Another twitter user, Ashish Rohilla wrote that this comes as a welcome addition as there are many who just make promises and fake announcements. Thus, taking a sarcastic dig at many ventures in the crypto space which failed to see daylight.

A crypto user with the handle, QuamfyLord said that this was possibly the most exciting exchange coming up. He further said that the trading sphere is in serious need for true DEX’s.

What could be the next interesting announcement regarding McAfee’s DEX? Stay tuned for more updates!

Article Name
McAfee DEX Beta Version Goes Live - All You Need to Know About It
Description
The much-awaited McAfee DEX’s Beta version is now live!
Supriya Saxena
Publisher Name
Publisher Logo
Coingape is committed to following the highest standards of journalism, and therefore, it abides by a strict editorial policy. While CoinGape takes all the measures to ensure that the facts presented in its news articles are accurate.
Disclaimer The views, opinions, positions or strategies expressed by the authors and those providing comments are theirs alone, and do not necessarily reflect the views, opinions, positions or strategies of CoinGape. Do your market research before investing in cryptocurrencies. The author or publication does not hold any responsibility for your personal financial loss.
Share on Facebook
Share on Twitter
Share on Linkedin
Share on Telegram
Author: Supriya Saxena