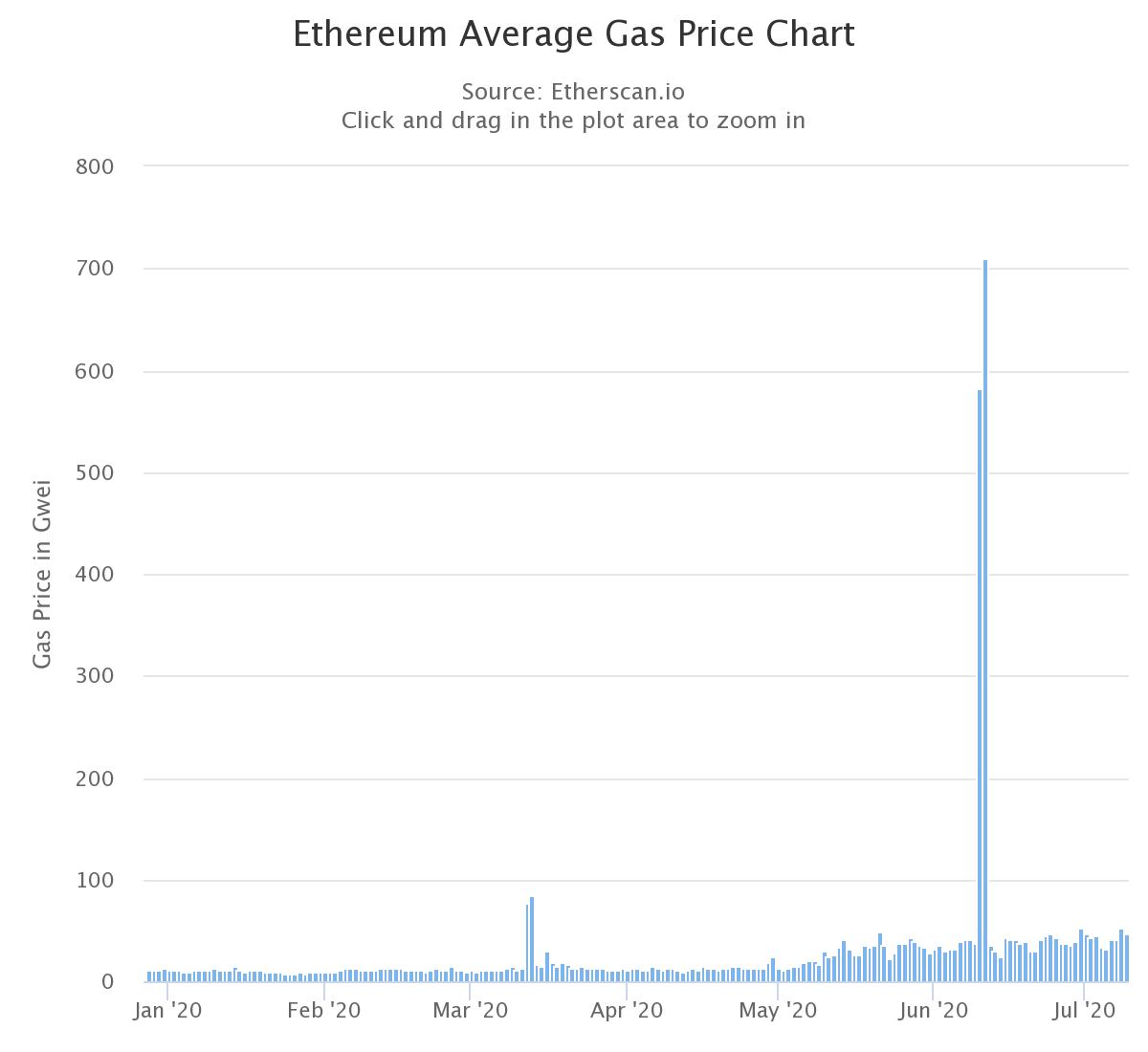 The crypto market has noted unexpected price action in the past week. While Bitcoin continues to struggle to go close to $10K, many altcoins saw their price surge independent of the king coin. Ethereum too reported a strong market sentiment, as its ecosystem saw a lot of growth with a surge in active addresses. However, despite these positive metrics and the potential of the upcoming ETH 2.0 release, there seem to be quite a few challenges present within Ethereum network.

The report highlighted the short-term solution that was implemented failed to make much of a difference to the increasing transaction fees. It highlighted,

“The persistence of these high fees come in spite of the introduction of a vote amongst Ethereum miners to increase the gas limit of each block from 10,000,000 to 12,500,000. The proposal was successfully voted on and passed on June 19, giving the network more transaction capacity.”

According to network data provided by Etherscan, the average gas price increased from 11.6 Gwei in January 2020 to 47.5 Gwei at press time – a 309.4 percent increase.

However, according to the report, there are a few viable options that the developers could look at, such as the  Ethereum Improvement Proposal 1559 (EIP-1559) and the much-awaited ETH 2.0 launch. While the proposal looks at an alternate system that can remove the “Inefficient” and unstable auction model that currently decides transaction fees”, ETH 2.0 rollout is likely to take over a year and is not likely to provide near term relief.

While Bitcoin’s development plans for second-layer solutions like the Lightning Network has necessarily gone according to plan, layered solutions may have a positive impact and help Ethereum users who are now subjected to skyrocketing fees. The report noted that,

“Ethereum has its own developers trying to mitigate the brunt of transactions to a secondary secure network. Such systems allow for faster transactions, cheaper transaction fees, and potentially more security and privacy.”