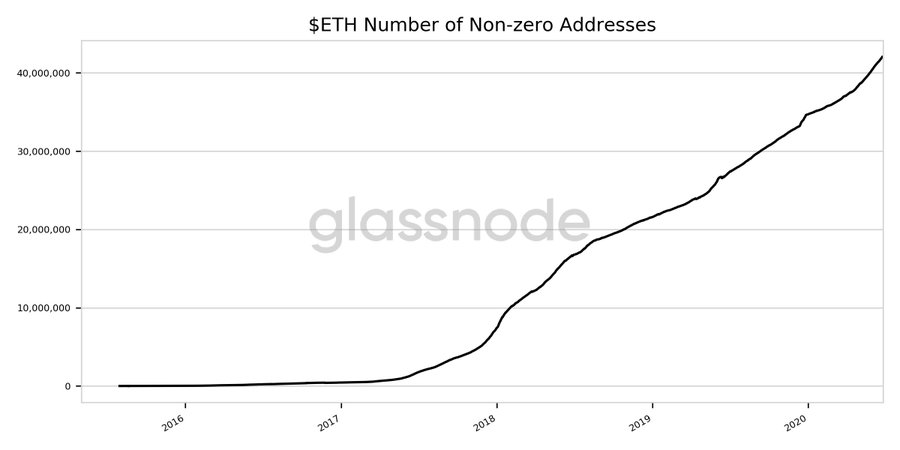 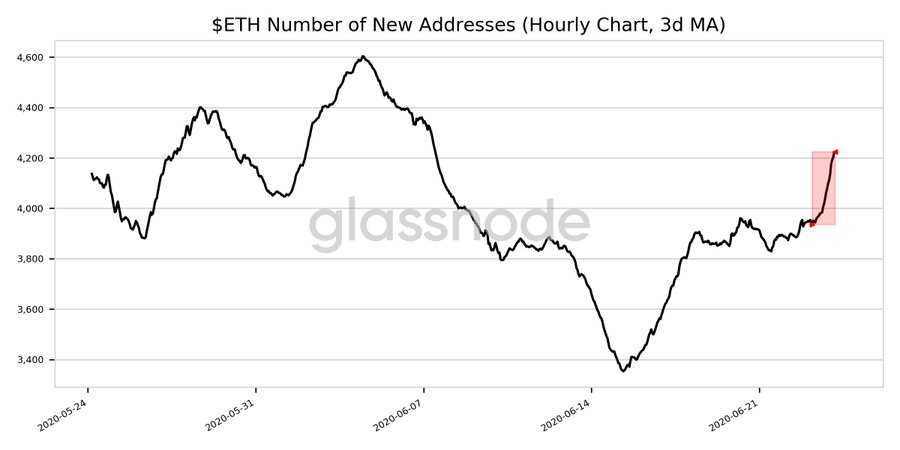 The Ethereum market which failed to see a price movement until the beginning of this week, saw the asset surge by almost 10% over two days. This pushed the value of ETH from $227.20 to $249.04, however, an immediate correction set in the market and the surge was nearly wiped away. Even though the asset was back to being traded close to $239, the Ethereum network was proving to be stronger with every passing day.

According to data provided by Glassnode, the number of non-zero addresses reached an all-time high close to 7.9 million addresses with a bare minimum of ETH 0.01.

The growth in the non-zero addresses could be an indication of the growing use of ETH by users. With segments introduced by Defi and the launch of COMP token, Ethereum’s extended community appeared supporting the other developments taking place in its ecosystem.

Adding to the list of non-zero addresses, Skew noted that daily transaction count on the ETH network had also crossed 1 million and was getting closer to its all-time high. This indicated that the users were actively transacting in ETH.

The NVT [Network Volume Trasaction] signal was at a 3-month high of 1,771.378, surpassing the previous level of 1,762.225 observed on 11 June. The ratio measures a chain’s strength as a payment network compared to its market value. The high value of the NVT signal indicated the expensive nature of the chain since it included volume from all ETH transfer or contract call messages.

Similarly, the activity appeared to have increased in the background as the number of new addresses also increased significantly in the last 24-hours.

The current value was at 4,223.944, which was up 7.3% from 3,935.389 witnessed 24-hours ago. With the rise in new addresses, with increasing non-zero addresses, it was clear that the state of the Ethereum network was striding up, irrespective of the price. However, with ETH 2.0 approaching, these ATHs may help the value of ETH.