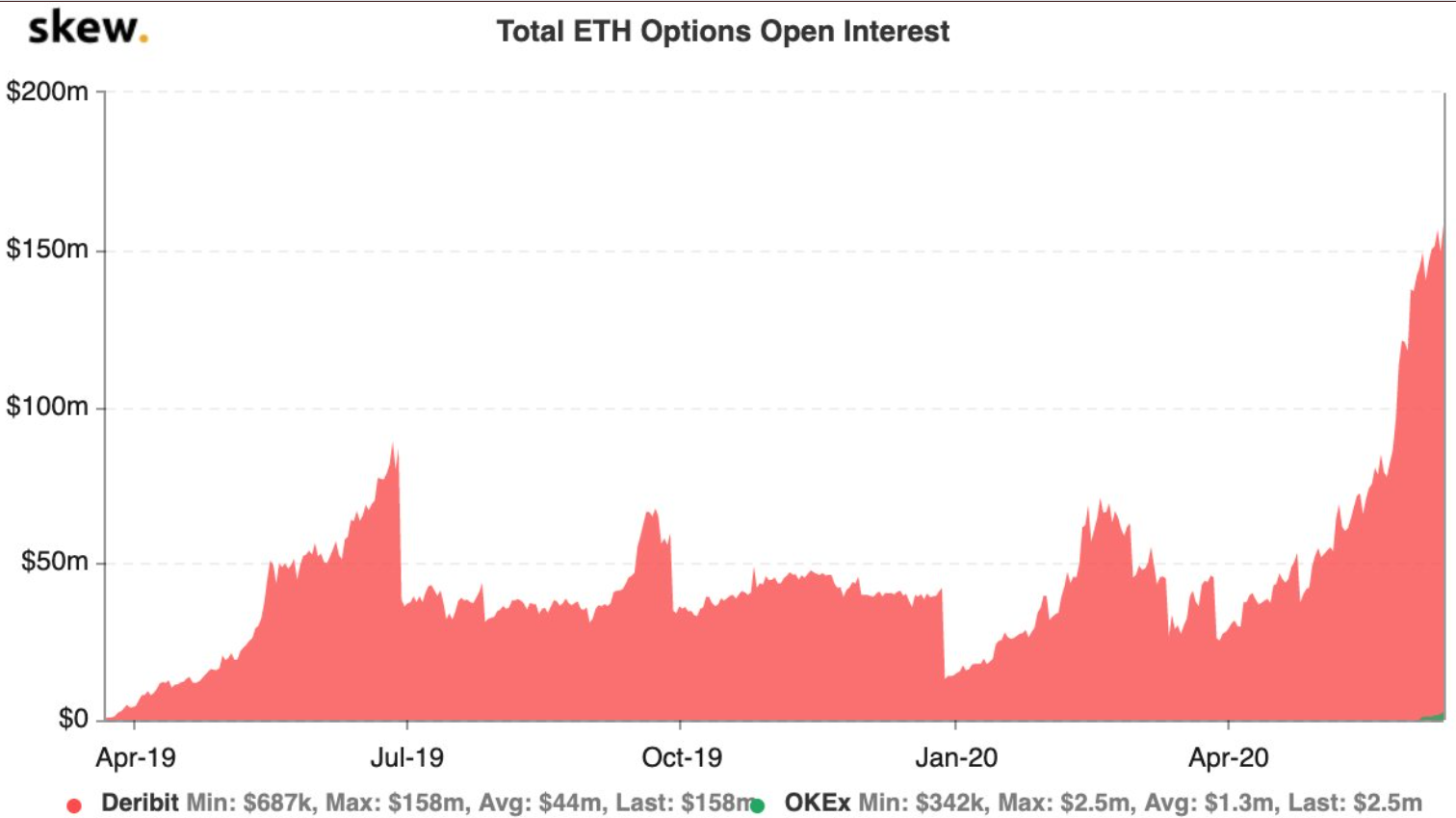 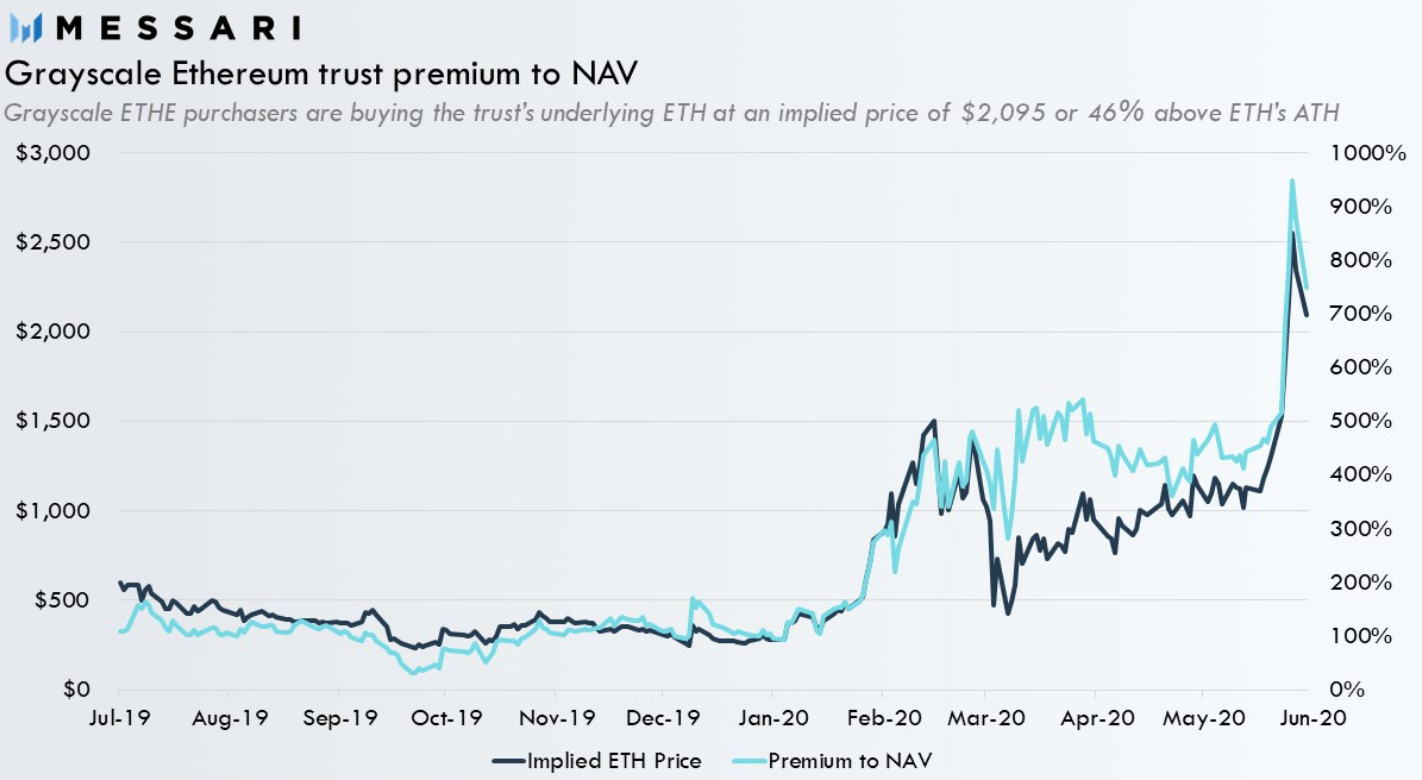 Despite maintaining a close call with Bitcoin, Ethereum has so far outperformed the benchmark cryptocurrency in the two quarters of 2020. This was also evident when the world’s largest altcoin bounced back, before testing any crucial support, following the latest market dip. It would seem thus, that Ethereum is well on its way towards recuperating from the biggest market crash of the year.

This was the case on the derivatives side as well as market participants appeared to be positive about the cryptocurrency. This was attested to by the fact that the Open Interest for Ethereum Options on Deribit noted yet another surge to touch a new all-time high of $158 million.

Options market participants are some of the most knowledgeable players in the market and the noticeable rise in Ethereum Options trading volume of late could reveal a lot about the price movement of the underlying cryptocurrency, in this case, ETH. The intensifying of Options trading activity could bring in volatility in the ETH market in the near-term.

A bullish sentiment in the Options market could imply that traders anticipate the cryptocurrency to jump to another rally. Another factor that validated the growing optimism in the market was the influx of institutional support on asset manager, Grayscale’s platform.

This, in turn, can drive the price of ETHE over the value of the underlying ETH, something that can open doors for arbitrage opportunity for investors.

One of the main catalysts for this heightened institutional support could be the upcoming Ethereum 2.0 release. In fact, it appears as though the investors are preparing for this major upgrade. The rising number of wallets holding at least 32 ETH has surged to more than 13% over the year, according to a  recent Arcane report. This also signaled a bullish outlook for the ETH coin market.

Interestingly, 32 ETH is the number of tokens that a user needs to run an ETH 2.0 staking node that aims to replace the miners to validate transactions on the Ethereum blockchain.

Ethereum stacking is also slowly rising in anticipation of the critical transition. This was evident from Glassnode’s chart which revealed that the number of addresses holding 1+ coins just reached an ATH of 1.054 million.