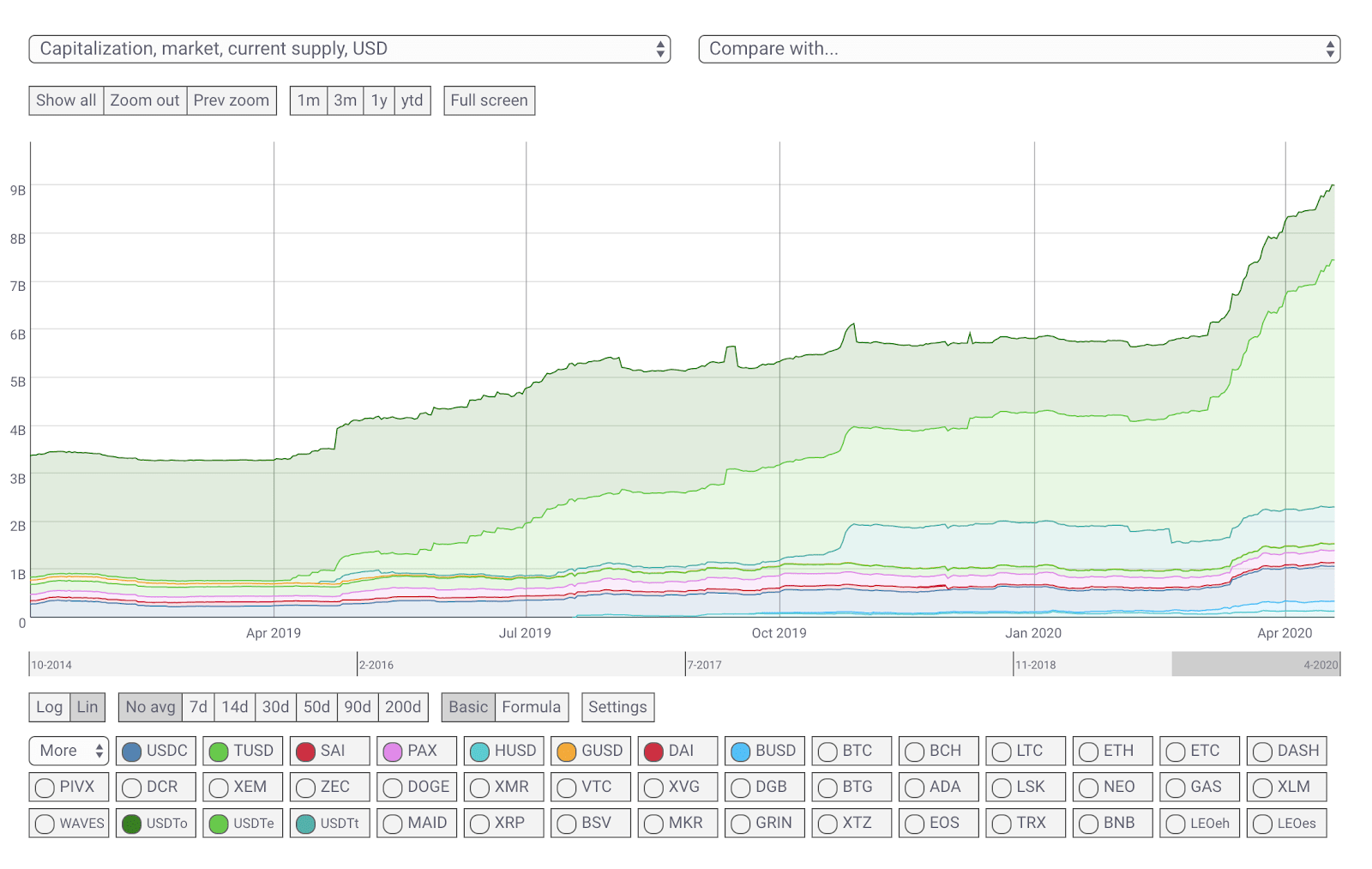 The past few years have shown that there is an ever-growing demand for stablecoins. For many users, stablecoins seem to be a natural progression in the world of finance. Interestingly, for many developers, the Ethereum blockchain is developing to be a prime environment for stablecoins to be built on.

During a recent episode of the Bankless podcast, Nic Carter, Co-founder of CoinMetrics, spoke about what Ethereum represents within the cryptocurrency ecosystem and what impact it has had on the development of stablecoins in the recent past. Highlighting how stablecoins have gained a lot of traction in recent years, Carter noted that most cryptos today need to know how to compete with fiat currencies like the U.S dollar. He added,

“In terms of  what people are using for, you know, means of wealth transfer, for medium of exchange, people love the stability afforded by dollars, for better, for worse and there’s this existential question emerging whether is there even a role for the native assets?”

Comparing Ethereum to the world’s oldest and largest cryptocurrency, Bitcoin and its blockchain, Carter noted how in the case of the Bitcoin network, there has always been an emphasis on primacy for the native unit of the blockchain. In the case of Ethereum, however, there have been quite a few stablecoin projects beginning to take advantage of the Ethereum network. According to Carter,

“Whereas Ethereum has been very consistent about wanting tokenization and so now that stablecoins have migrated to Ethereum and other places like Tron to a lesser degree, the question is like, are people going to still use the native token.”

In fact, a recent CoinMetrics report had highlighted how stablecoins gained by over $1 billion and how Tether issued on Ethereum has had an increasing role to play. It had noted that.

“Stablecoins have gained another $1B in market cap since the start of April. Most of the growth continues to come from Tether issued on Ethereum (USDT_ETH) which went from a market cap of $4.43B on April 1st to $5.14B on April 19th.”

Interestingly, stablecoins such as USDT and other tokens are also playing a role in driving the demand for Gas, and Ether may find new relevance as a means to pay transaction fees on the blockchain. However, drawing parallels with Bitcoin, Carter noted,

“There are a few things where you can say definitely has become more proximate to Bitcoin value-wise – the monetary primacy of the system, although, you know, there’s still non-monetary uses of Ether, but I think the monetary ones are kind of outweighing them.”