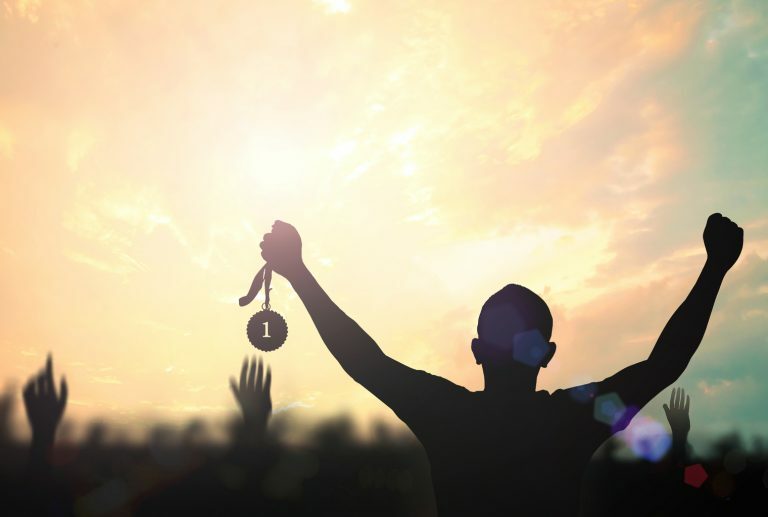 2019 has proven a challenging year in which to launch a crypto startup, with the most successful tokens recording only modest returns. Investors chasing the sort of double-digit returns that were one commonplace have been mostly frustrated by a markedly more conservative market in which picking a winner has called for a combination of shrewdness and serendipity.

In crypto, timing is everything, and for traders smart enough to sell at close to the all-time high (ATH), considerable profits are still possible. The trouble is, the ATH only becomes evident after the fact. Most of the ICOs and IEOs of 2019 can hardly be considered moonshots, but there have still been a few good performers that have at least skimmed the upper atmosphere, if not broken through the stratosphere.

In April, when news.Bitcoin.com examined the first wave of IEOs in Moon Landing or Misfire? we reported that Kamari (KAM), which was issued on ZBG Launchpad, had an ROI of 7X in USD terms, making it the best performing token at that time. Today Kamari is still the best performer of that initial group with an ROI of 4.7X, down from an all-time high of 12X. Meanwhile Bittorrent (BTT), one of the most publicized and highly anticipated tokens of the year, is also still performing well at an ROI of 3.6X, down from an ATH of 15.35X. Of the rest, only Lichang (LC) is showing a positive returns of 4.27X while also boasting the highest ATH of 16.45X.

The market has not been kind to hodlers however, as seven out of the 10 best performing tokens of Q1 are now showing negative returns for anyone still holding coins from launch date. Of these, the worst performer has been Global Trading System (GTS) which launched on ZBG launchpad and has fallen from 5.3X returns in April to 0.02X today. That means for every $100 you put into the startup on launch you’d now only have $2.

Averaging these figures shows that the ROI across this initially promising group of IEOs would return a measly 1.53X, with a median ROI of 0.58X, or just over half your initial investment. The average ROI for exiting at an all-time high in every case would have been 8.57X.

Since we last looked at the top 10 IEOs of Q1 2019, there has been a huge proliferation in initial exchange offerings, making it possible to glean a much broader understanding of how the overall market is behaving. From 40 IEOs across seven exchanges including Binance, OKEX and Huobi, 23 now show a negative ROI, with 16 showing a positive return, and one sitting at break even. It is a measure of how difficult the market is when IEOs on some of the largest exchanges are struggling, a sign which does not augur well for the smaller exchanges with less trading volume and traffic.

Looking at the ICO market, the 10 largest projects to have listed this year have performed reasonably well, but with the exception of Cosmos there have been few truly exciting gains to be had. Cosmo (ATOM), which is the best performer of the group, sits at a very healthy 26X on ROI. Then there are Binance IEOs Matic at 4X and Bittorrent at an ROI of 3.5X. Only Sero on Gate at 8.6X (second best performer) and V Systems on Kucoin with 3.1X (fifth best) break Binance’s stranglehold on the top five positions. A wider analysis shows that the average ROI for the top 10 ICOs was 5.6X with a median ROI of 2.95X.

Even Exchange Coins Have Struggled

In a year that has proved challenging for the little guys, it is hard to know whether the big guns failing is cause for schadenfreude or even greater concern. In any case, even Bitfinex, which launched its own exchange token, LEO, this year, is now below its private sale price of $1, trading at $0.95 at time of press. After reaching an all-time high of $1.99 on June 26, the token has been on a steady downturn, before finally drifting beneath its offering price on October 7.

Although the wider controversy which surrounds Bitfinex could be attributed to the decline of LEO, other exchanges have similarly found their proprietary tokens struggling. Investors who have managed to turn a profit in 2019 can consider themselves lucky, skilled or a combination thereof. The days when any fool could profit from playing the crypto markets are long gone.

Do you think the quality of 2019’s projects has been lower, or has the market just been tougher? Let us know in the comments section below.

Did you know you can verify any unconfirmed Bitcoin transaction with our Bitcoin Block Explorer tool? Simply complete a Bitcoin address search to view it on the blockchain. Plus, visit our Bitcoin Charts to see what’s happening in the industry.

Share this story:
Tags in this story
Kai Sedgwick

Kai's been manipulating words for a living since 2009 and bought his first bitcoin at $12. It's long gone. He's previously written whitepapers for blockchain startups and is especially interested in P2P exchanges and DNMs.