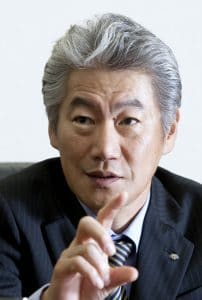 There’s about to be a big change at Nomura, with the company announcing this Monday that its Chief Executive Officer (CEO), Koji Nagai, will be stepping down from his role after seven years at the helm.

Effective from the 1st of April 2020, Nagai will no longer be the CEO of the Nomura Group and will transition to the role of Chairman of the Board of Directors. Nagai is being replaced by Kentaro Okuda, who is currently the co-chief operating officer of the Japanese financial firm.

It goes without saying that Nagai’s tenure as the CEO has been rocky, as he tried to turn the company around after its acquisition of Lehman Brothers’ non-US operations. In fact, since the second world war, he has been the second longest-serving CEO.

How Germany Innovates the Insurance IndustryGo to article >>

During his tenure, Nagai had been a popular choice among investors. Recently, however, Nomura has been achieving weak results, which has seen his popularity drop significantly.

As Finance Magnates reported, the company reported its first full-year net loss in more than a decade, for the year ended March 31, 2019. During the period Nomura posted a net loss of ¥100.4 billion, down from the previous year’s profit of ¥219.3 billion.

Since then, Nagai had received a negative reception with proxy advisers recommending shareholders vote against his reappointment earlier this year. In the company’s June annual general meeting, he received only 61.7 per cent of investors’ support to continue as CEO. This was down significantly from the 94 per cent he received the previous year.

Okuda has been with Nomura since 1987 and has been rising through the ranks for the past three decades. Namely, he has worked in the company’s merger and acquisitions unit, and was the Director and Deputy President of Nomura Securities before his current position of COO and Deputy President.