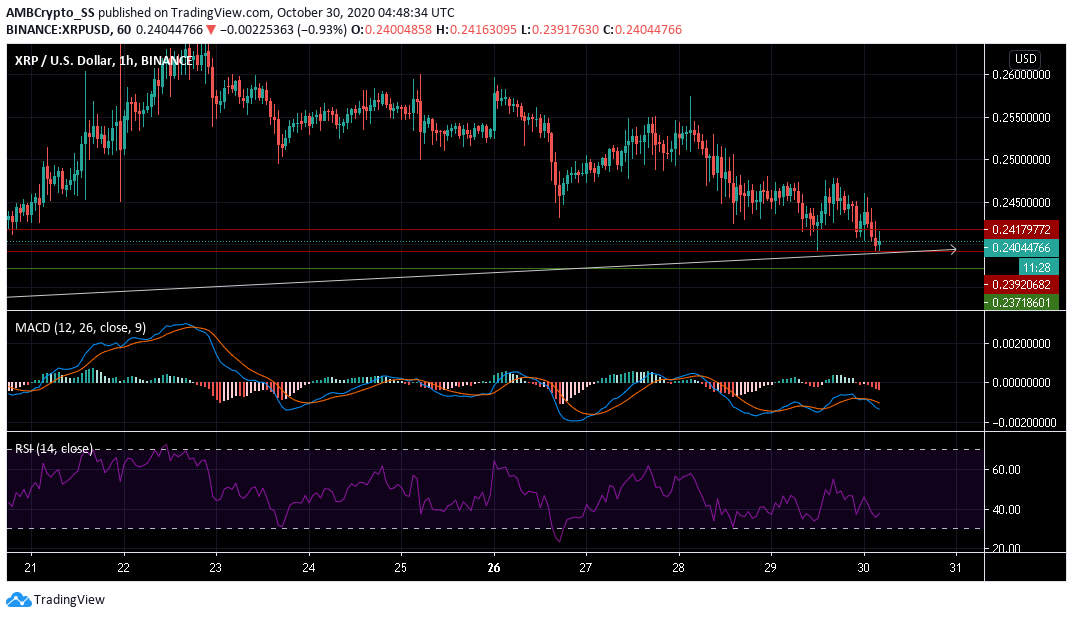 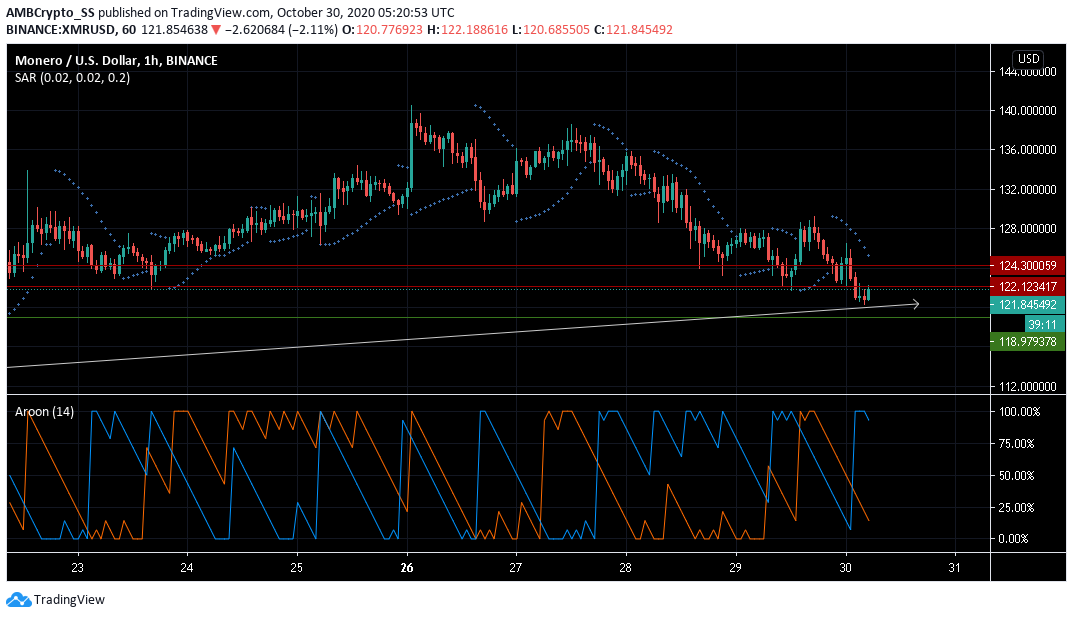 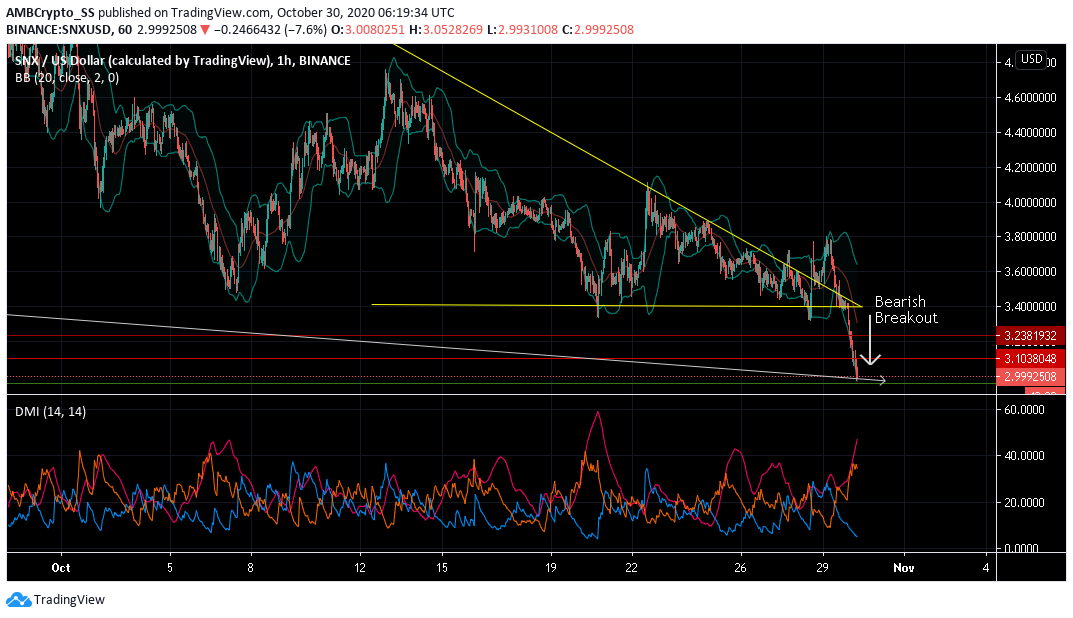 Recording a massive single-day drop, investors woke up to a bloodbath in the Synthetix market. At press time the digital asset recorded a loss of almost 20%

Monero was displaying weakness in its buying momentum, as its technical indicators remained fairly bearish. XRP too noted the possibility of a downtrend, post its recent losses, as it continued to follow the market-wide bearish trends.

XRP at press time dived below two of its support turned resistance levels at the $0.241 and then at $0.239 levels. The price movement followed the bearish trends recently witnessed in Bitcoin and the international markets.

The digital asset noted a strong selling sentiment from its technical indicators. After a bearish crossover, the MACD line dived below the signal line, with both seen below the zero levels at press time.

Further, the Relative Strength Index also recorded a weak buying pressure, as it hovered above the oversold territory. A breakout below the trendline could confirm another sell-off, till the next support at $0.237.

Aroon indicator’s bearish signal also coincided with XMR’s recent losses. The dotted lines of the Parabolic SAR above the candle also suggested the possibility of a continued downtrend.

A selling momentum could further continue if XMR bulls fail to gather control at the immediate resistance at $122.123

Dropping down significantly by nearly 20%, a heavy single-day loss pushed down the digital asset towards the $2.958 level of support. The charts clearly depicted a bearish pattern of a descending triangle formation (yellow), post which a breakout below the $3.4 level was witnessed.

At press time, Synthetix was trading along the lower Bollinger bands. The divergence seen in the bands suggested high volatility levels that clearly sided with the bears.

The Directional Movement Index also remained highly bearish, with the +DMI (blue) diving below the -DMI (orange). The digital asset’s Total Value Locked (USD) has also been persistently falling since September. In fact, the ensuing selling sentiment displayed strength as the ADX (pink) was trending upwards.

Over the next few trading sessions, the digital asset is likely to experience some more selling pressure as bulls fail to stall the bleeding around key support levels.