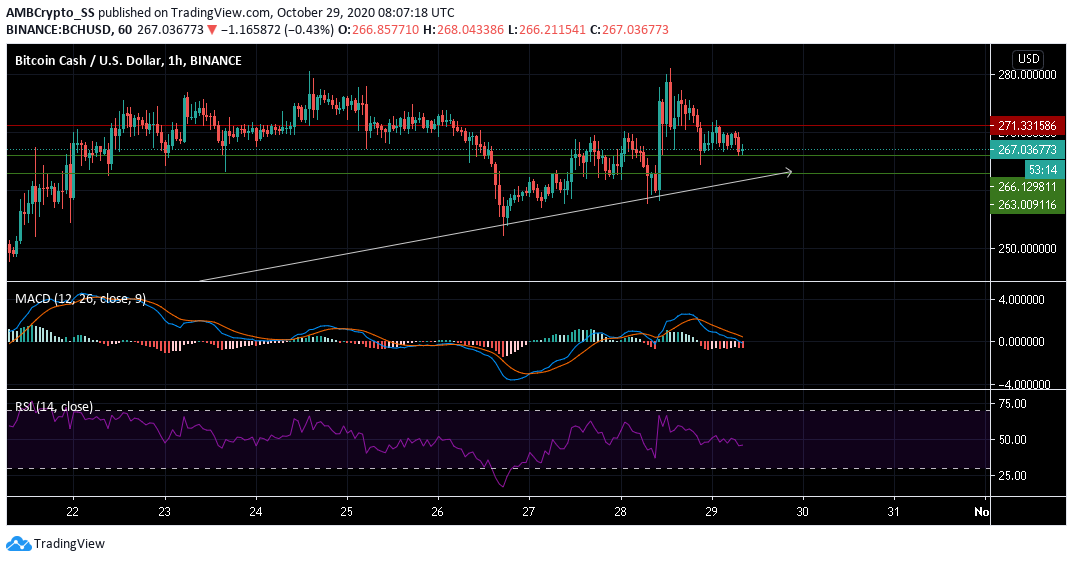 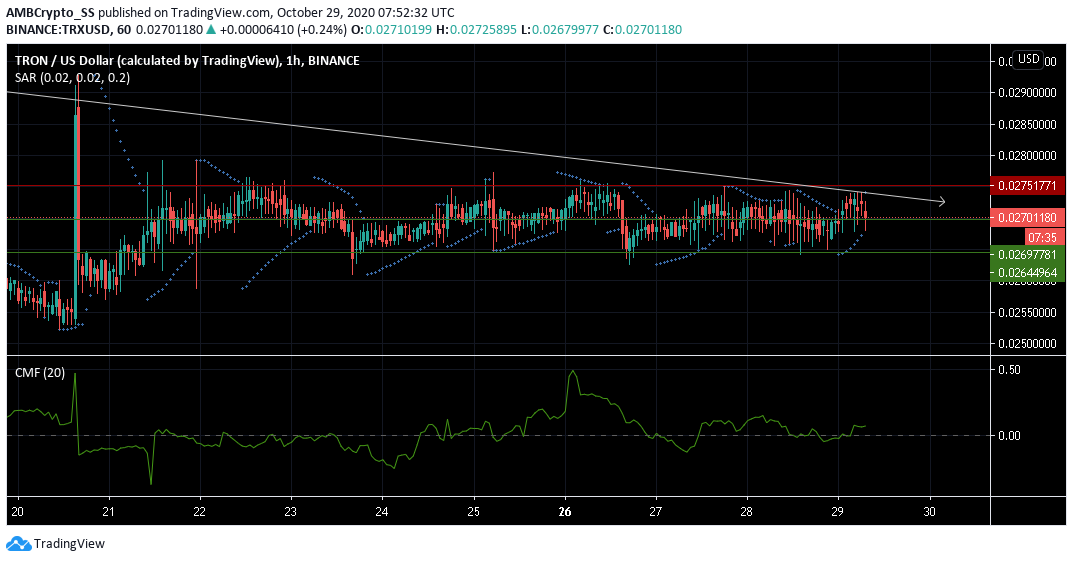 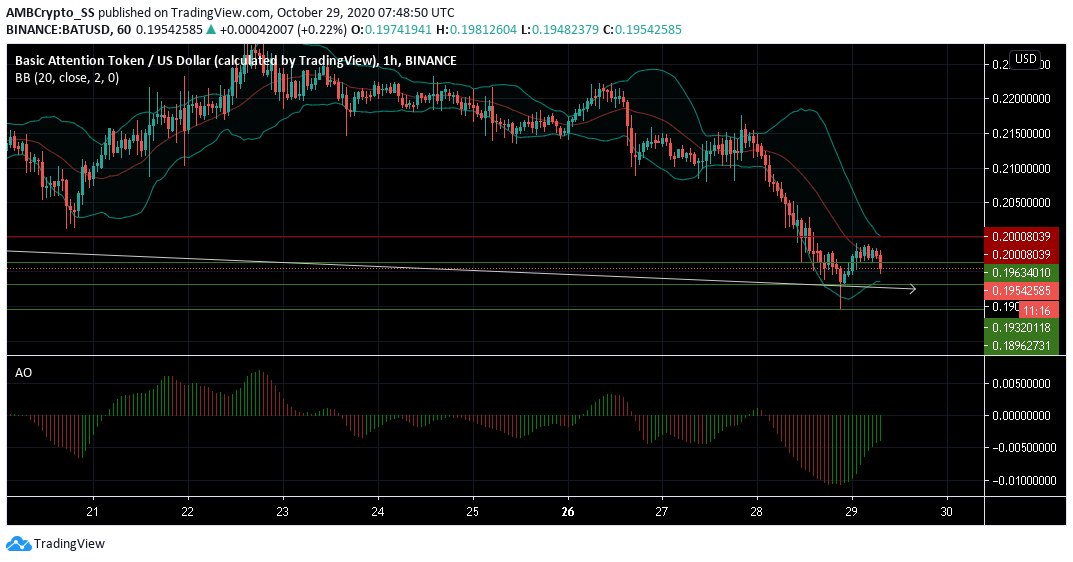 Bitcoin Cash, Tron, and Basic Attention Token all registered a brief price correction on the charts during the day’s trading session.

While Bitcoin Cash noted some bullish weakness, Basic Attention Token signaled a dip in its volatility with Tron also maintaining its sideways movement. These gave early signs of a continued price consolidation possibility for the BAT and Tron markets, over the next few days.

Bitcoin Cash was likely to face some downward pressure as the market’s bears were continuing to maintain selling momentum along the $266.12 support level.

BCH, however at press time and despite the market-wide bearish sentiment had gained by nearly 1.5% in the last 24 hours. The Relative Strength Index was seen diving towards the neutral zone of 50. If the trend were to continue, the bears could push the price below the immediate support level.

With high levels of bearishness visible on the MACD as well, the selling sentiment was likely to continue for the ongoing trading session.

Tron over the past one week has been oscillating between the support and resistance levels at $0.026 and $0.027 respectively.

The recent market-wide selling pressure also wasn’t that impactful towards the TRON market, as the digital asset continued with its sideways consolidation.

The Parabolic SAR maintained a view suggesting an uptick in prices. While the Chaikin Money Flow indicator remained neutral.

However, CMF too could be seen leaning slightly towards the bullish side in the upcoming trading sessions, as a rise above the zero line and at press time suggested some buying sentiment, with capital inflows being greater than outflows.

Falling sharply from the $0.215 level, the Basic Attention Token market was down by nearly 4% since yesterday. The digital asset was seen moving along the immediate support level at $0.196. It is likely that the price for BAT will encounter a brief consolidation period.

The convergence of the Bollinger bands also outlined the possibility of lower volatility on the charts, restricting any wider price actions on either side. At press time, a brief halt in the bearishness was also visible as the price rose slightly above the trendline.

The signals picked up from a subsiding bearishness on the Awesome oscillator, with green closing bars seen below the zero line, had also given early signs of the same.

Having said this, if the buyers fail to gather momentum, BAT’s price is also likely to continue its downtrend over the next few trading sessions, as it dives below again towards the $0.193 support.