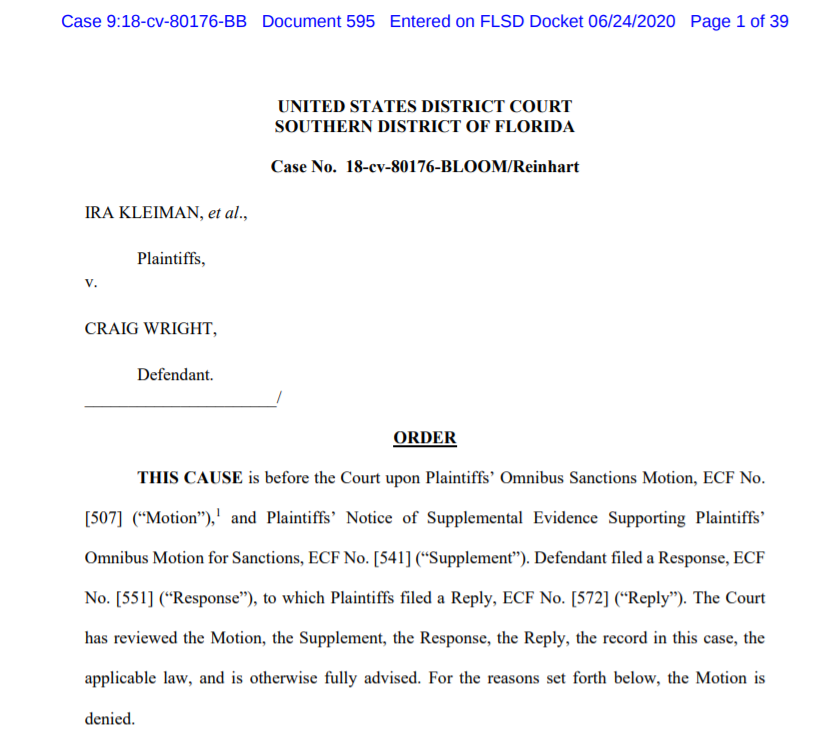 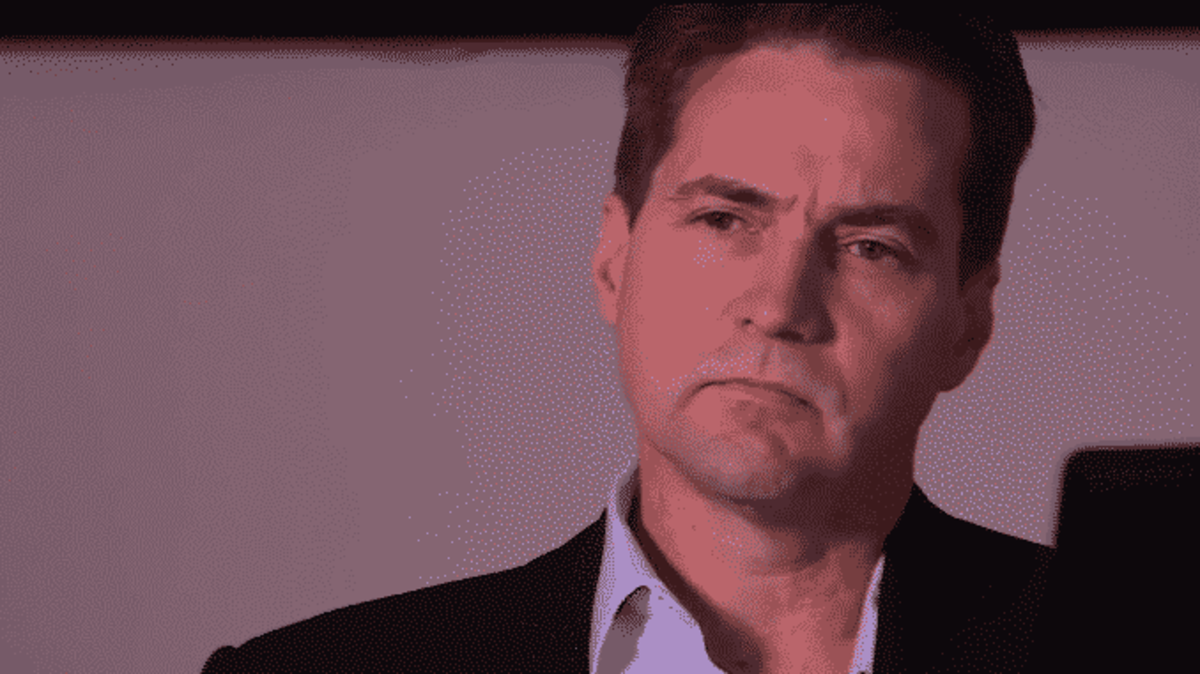 Bitcoin SV founder, Craig Wright has been presented with a trial before jury instead of sanctions. While Kleiman’s lawyers were eyeing sanctions for the self-proclaimed Satoshi Nakamoto, the judge suggested otherwise in a recent court order.

Advertisement
No Sanctions For Craig Wright

Self proclaimed Bitcoin creator, Craig Wright is a frequent member of the headlines. Wright has been in the news for claiming to be Satoshi Nakamoto and more recently his lawyers released documents that alleged Wright’s involvement with the infamous Mt.Gox hack. However, this time, Wright is making headlines following the Kleiman Bitcoin case.

The ‘Kleiman vs Wright’ case came into light after Ira Kleiman accused Wright of embezzling about 1.1 million Bitcoin that was previously mined by David Kleiman and Wright himself. While the case has been prolonging, the latest court order filed on 24 June 2020 revealed that the Plaintiffs accused Wright of misconduct that included, submission of forged evidence, perjurious testimony along with submission of lies and forgeries post-sanctions, all before the court.

Judge Beth Bloom of the United States District Court, upon on going through the Plaintiff’ [ Kleiman Estate] and Defendant’s [Wright] motions, suggested,

“[A]s Plaintiffs note, Defendant’s testimony has been glaringly inconsistent at numerous junctures. Defendant, however, stresses that he has been diagnosed as being on the autism spectrum, and thus his testimony needs to be evaluated in that light.”

Furthermore, while the Plaintiffs’ had requested the court to sanction Wright, judge Bloom suggested that the latest allegations against the Defendant were “…best suited for a jury to make as fact finder at trial, not for the Court to make.”

Despite his several inconsistent statements, Wright’s latest claim has pushed the judge towards a jury trail. The self-proclaimed Satoshi Nakamoto had even filed a motion seeking a licensed clinical psychologist. The trial will reportedly take place in two weeks.

As after this news hit the community, Bitcoin SV patron, Calvin Ayre tweeted about the same and even asserted that Wright would win all the cases. The tweet read,

Judge in Kleiman case kicked out all Kleiman and backers attempts to short circuit a trial on their weak case so Craig will get his day in court. Craig will win all his cases now.

While Wright received immense support from the Bitcoin SV community, many others of crypto Twitter lashed out on the Bitcoin SV founder for convincing the judge that he was autistic.

Article Name
Craig Wright Gets Trial Before Jury Over Autism Claims
Description
Bitcoin SV founder, Craig Wright has been presented with a trial before jury instead of sanctions. While Kleiman's lawyers were eyeing sanctions for the self-proclaimed Satoshi Nakamoto, the judge suggested otherwise in a recent court order.
Sahana Kiran
Publisher Name
Publisher Logo