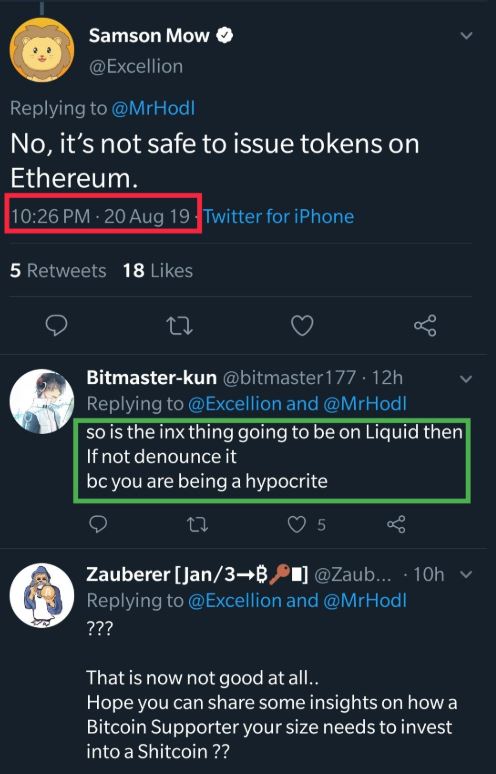 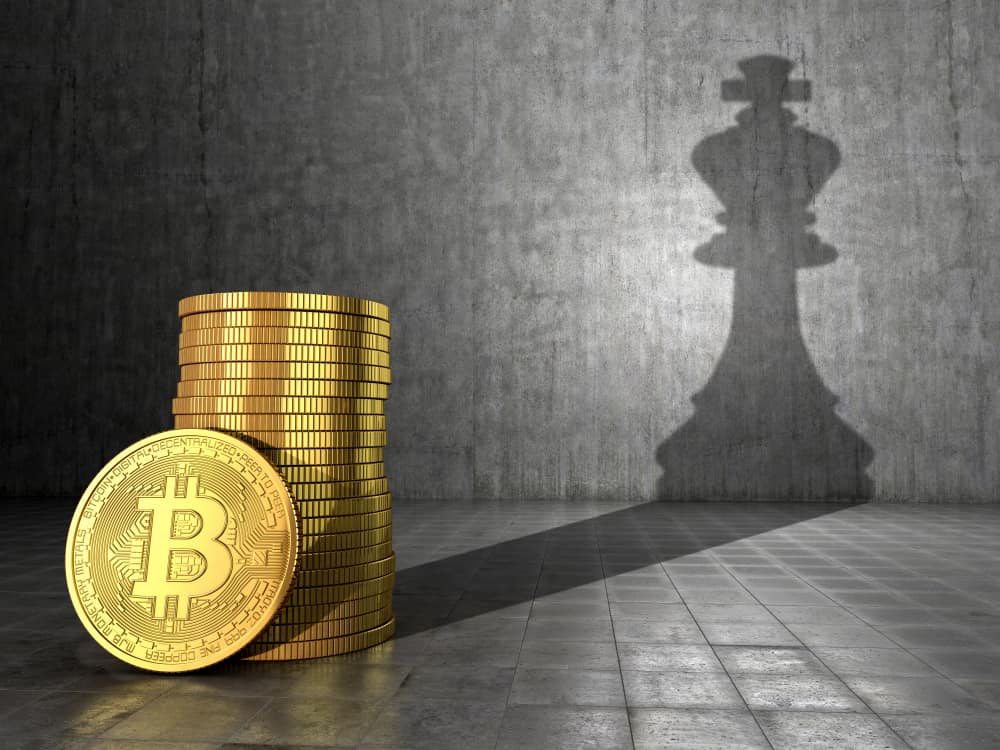 INX Limited, a crypto exchange start-up, recently procured SEC’s approval for a security token sale. This is important because this is the first instance of a crypto-based IPO approved by the SEC.

However, Crypto-Twitter finds the initial investors only shilling Bitcoin, on one hand, while investing in ERC-20 tokens themselves. Moreover, INX tokens, in all probability, will be identical to Binance [BNB] Coin as is also backed by an exchange. Hence, the SEC’s approval and the support from leading crypto-influencers is creating a lot of hype around it.

In fact, the popular Magical Crypto Friends group has been promoting Bitcoin maximalism for quite some time. According to the filling, Riccardo Spagni, the lead developer of Moneo has invested about $1 million followed by Charlie Lee and others who are part of the group.

Leading analysts are criticizing the move because these people have largely been against investment in ‘sh*tcoins’ and projects. Hence, Crypto-Twitter led by Tone Vays and Richard Heart is calling out hypocrisy from people who have invested in the project.

#Bitcoin maximalists have figured out that investing in ERC20 projects (as HEX is) makes sense. Here's the public F-1 securities filing that shows @Excellion, @lopp, @AlenaSatoshi doing so. Believe what people do, more than what they say. You'll notice some other names listed. pic.twitter.com/PITcQs4MPZ

It even includes Samson Mow, the CSO at Blockstream. Blockstream is one of the leading firms involved in the development of Bitcoin. It has taken Bitcoin’s ledger to satellites, hosts mining operations, and is also supporting the Lightning protocol.

The group is pro-Bitcoin as it has always been. Tone Vays cited a tweet from Samson Mow to throw light on their deviation.

The people involved have not responded to the issue apart from James Lopp, the CTO at CasaHodl who has also invested in the platform. However, his response to it raised more question than it solves. He replied,

What if I told you… sometimes it’s best to say nothing at all?

According to James, “no one is owed an explanation” and it is their independent decision. While Ethereum’s scalability problem is a reason for concern, the development with Ethereum 2.0 is also underway. Hence, this criticism might not hold a year from now.

Is Binance [BNB] Coin the Next Target?
You may also read...

Furthermore, Tone Vays’ criticism on the issue extended to the fact that while this Exchange backed is registered with the SEC, BNB isn’t. He said,

OK, I lied, as something else bothers me: From what I read of $INX it seems to be identical to $BNB in every way accept it’s trying to be complaint with @SEC_News as a Security Token. Does this mean if @SEC_Enforcement grants it, by default it meant @binance is in DEEP SHIT?

Binance US plans quite possibly is delayed due to these concerns. INX has also only begun the funding process for now. The Exchange would require further licenses and approvals from the authorities as well.

Do you think long term investment in some ERC-20 is still worth the risk or regulatory compliance is the key? Please share your views with us.

Article Name
Why are Bitcoin Maximalists Betting on this Ethereum ERC-20 Token? Crypto-Twitter Asks
Description
INX Limited, a crypto exchange start-up, recently procured SEC's approval for a security token sale. This is important because this is the first instance of a crypto-based IPO approved by the SEC.
Nivesh Rustgi
Publisher Name
Publisher Logo

Nivesh from Engineering Background is a full-time Crypto Journalist at Coingape. He is an atheist who believes in love and cultural diversity. He believes that Cryptocurrency is a necessity to deter corruption. He holds small amounts of cryptocurrencies. Faith and fear are two sides of the same coin. Follow him on Twitter at @nivishoes or mail him at nivesh(at)coingape.com