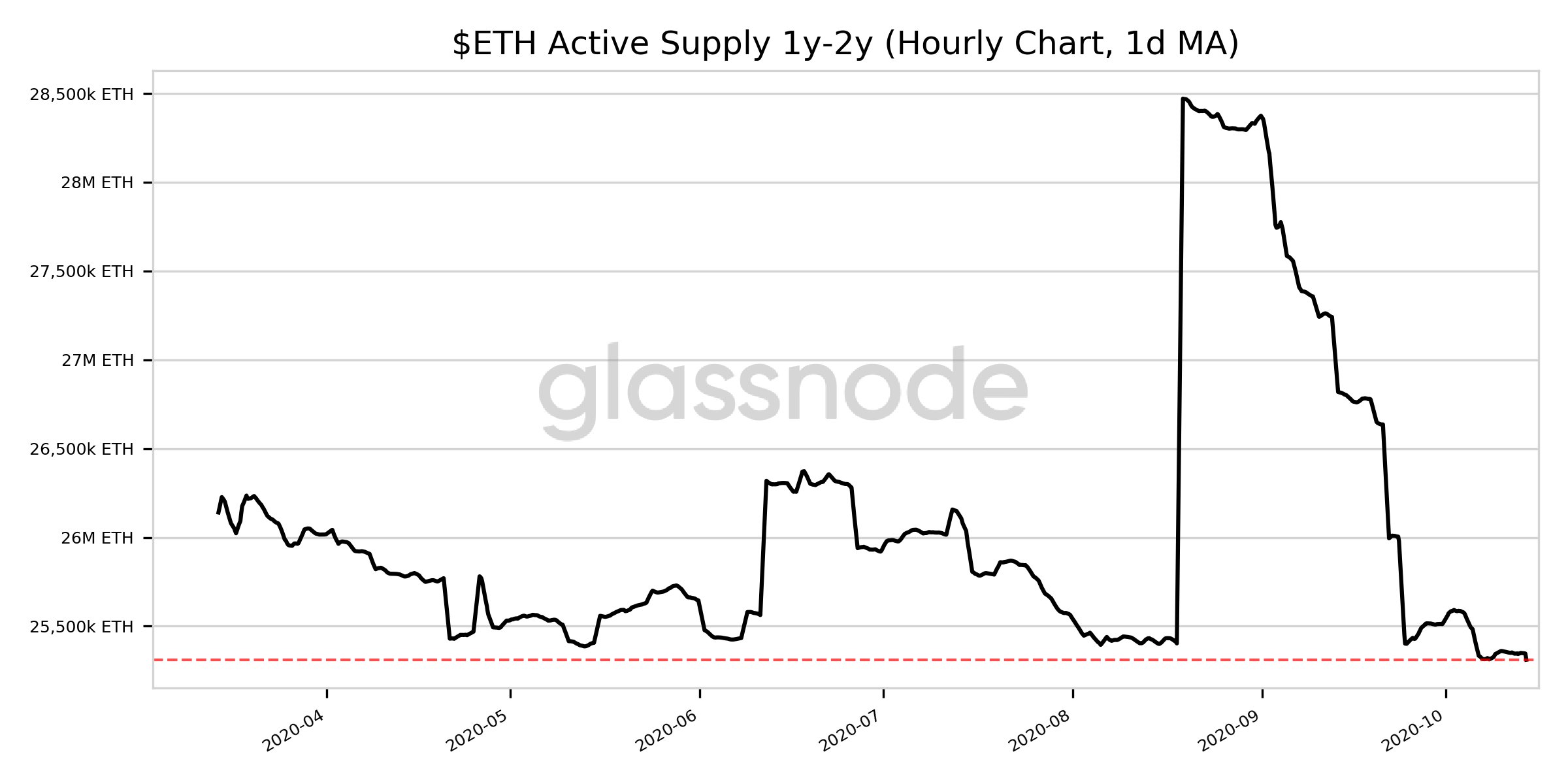 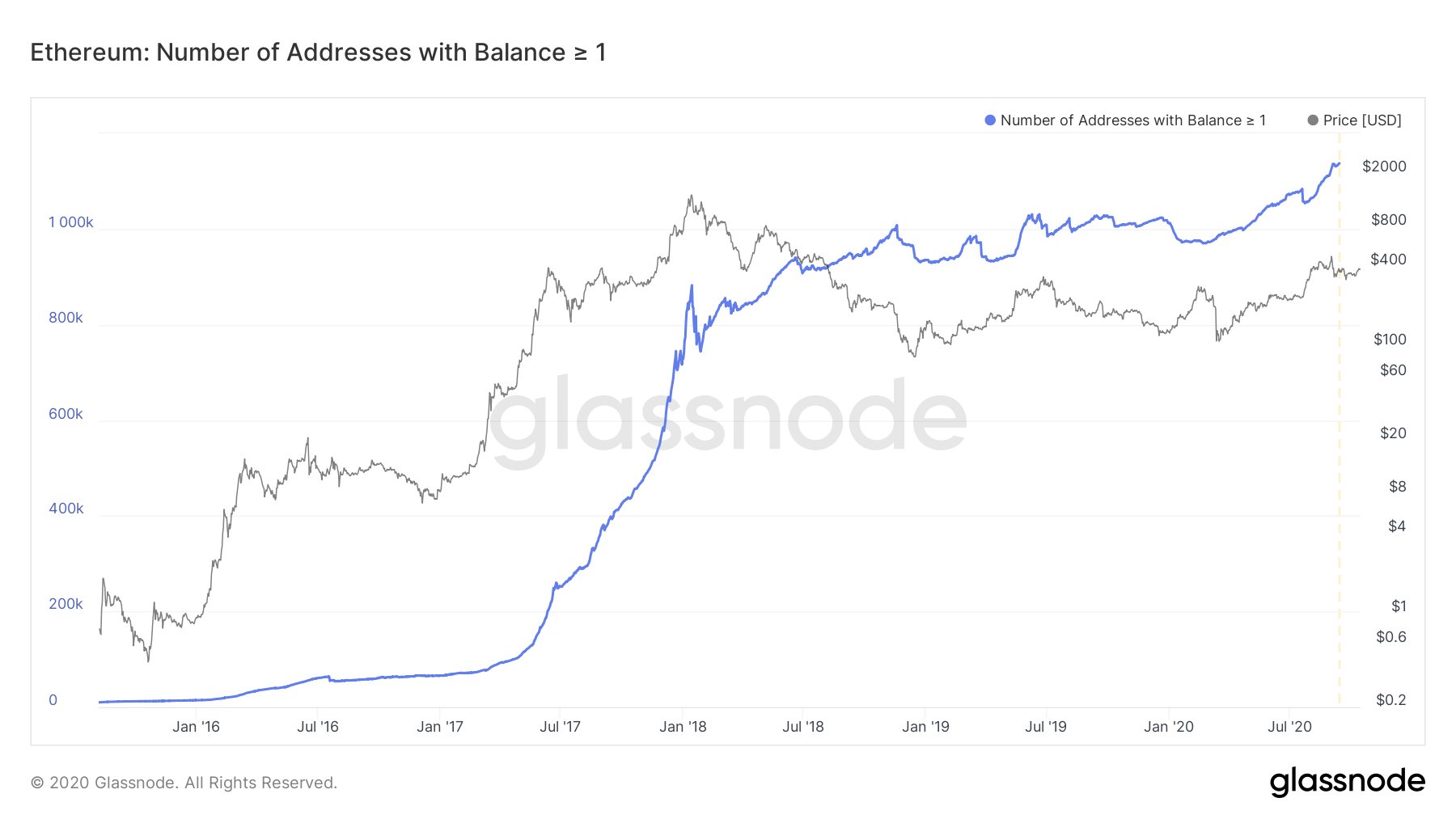 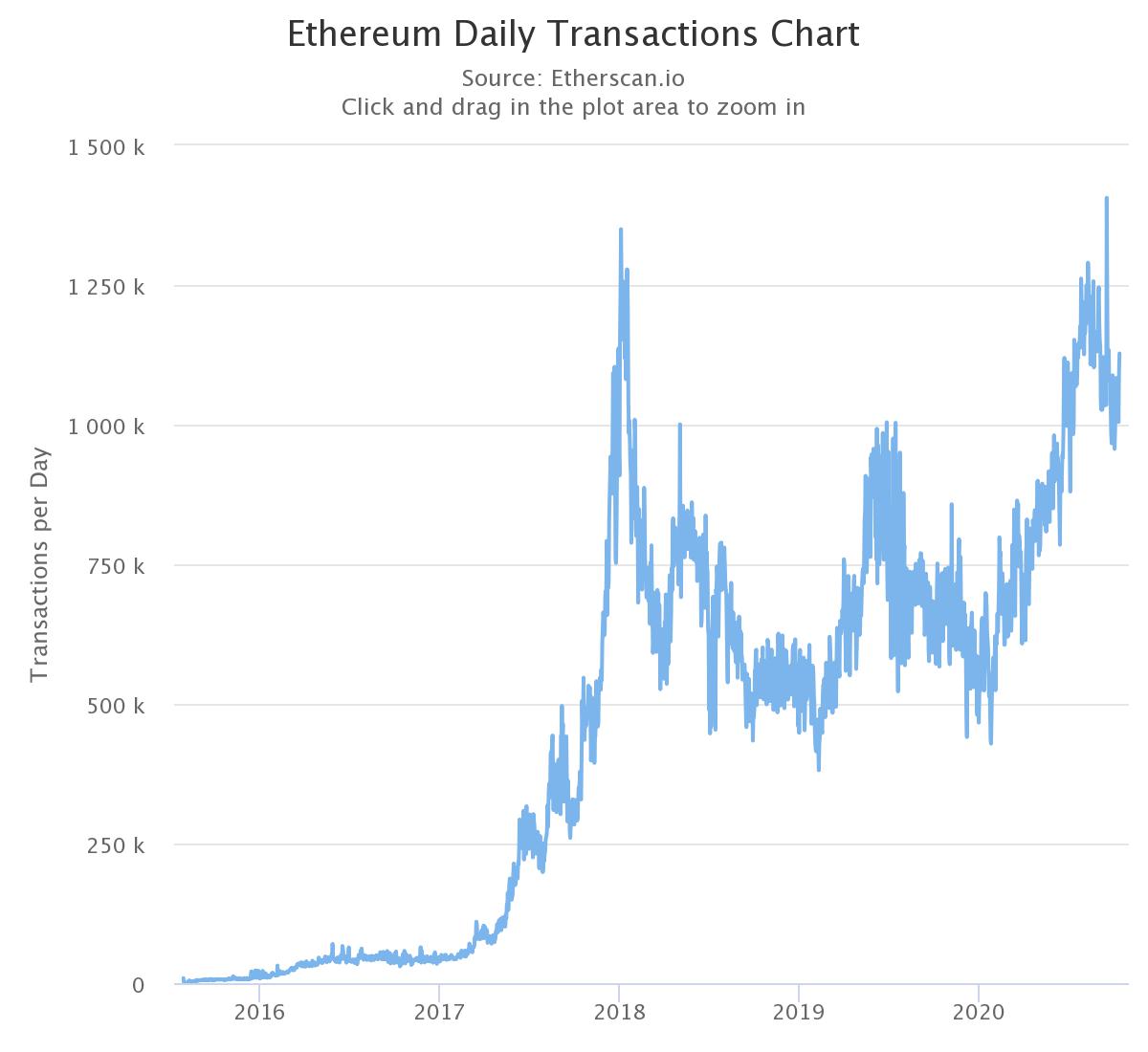 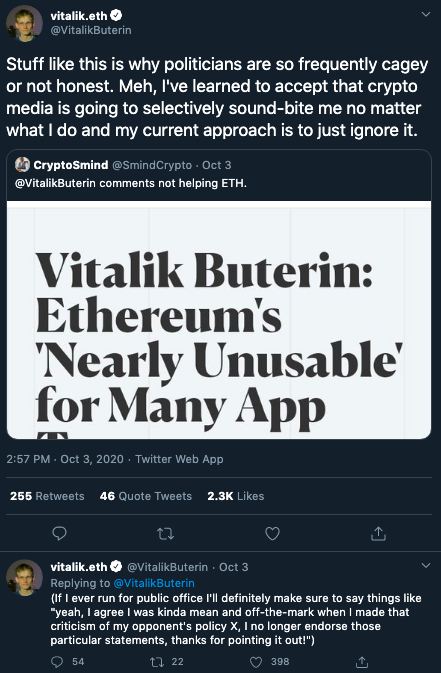 Active Supply of Ethereum hit a 7 month low of 25,311,416.050 ETH on October 8, 2020. Though there have been several updates on ETH 2.0 and its testnet, active supply started climbing steadily only after July 2020, after maintaining nearly the same level for over two years.

When Bitcoin’s active supply hit an 18 month low back in July 2020, the price rally followed. Now ETH’s dwindling supply hints towards a similar outcome. Currently, Ethereum’s correlation with Bitcoin is 0.87, based on the data. Bitcoin’s price is increasing at a slower pace, due to scarcity of funds and drop in inflow from exchanges, however, Ethereum reserves on exchanges have increased nearly 5% since October 1, 2020. It is still significantly lower compared to the start of the year reserves. The number of active wallets with greater than 1 Ethereum balance is going up steadily, despite dropping supply.

The inflow of Ethereum to exchanges has dropped over 75% since the last week of August. ETH traders may be HODLing funds. Over 70% of HODLers are sitting on unrealized profits and the sentiment is equal parts bearish and bullish as per on-chain analysis. It was skewed when founder Vitalik’s statements were taken quite literally by @SmindCrypto and Vitalik cleared the air on it.

Though he did not vouch for the utility of ETH or argued in favor of increased utility of ETH 2.0, he dismissed the claims that he called it “Nearly Unusable”. When this news first broke out, the sentiment was more bearish, however, this one was a close call and currently, the dropping active supply is possibly controlling the price.

Active traders in the community are switching to HODL mode, if the supply drops further, the price may drive higher before HODLers book their unrealized profits and put sell-side pressure on ETH.