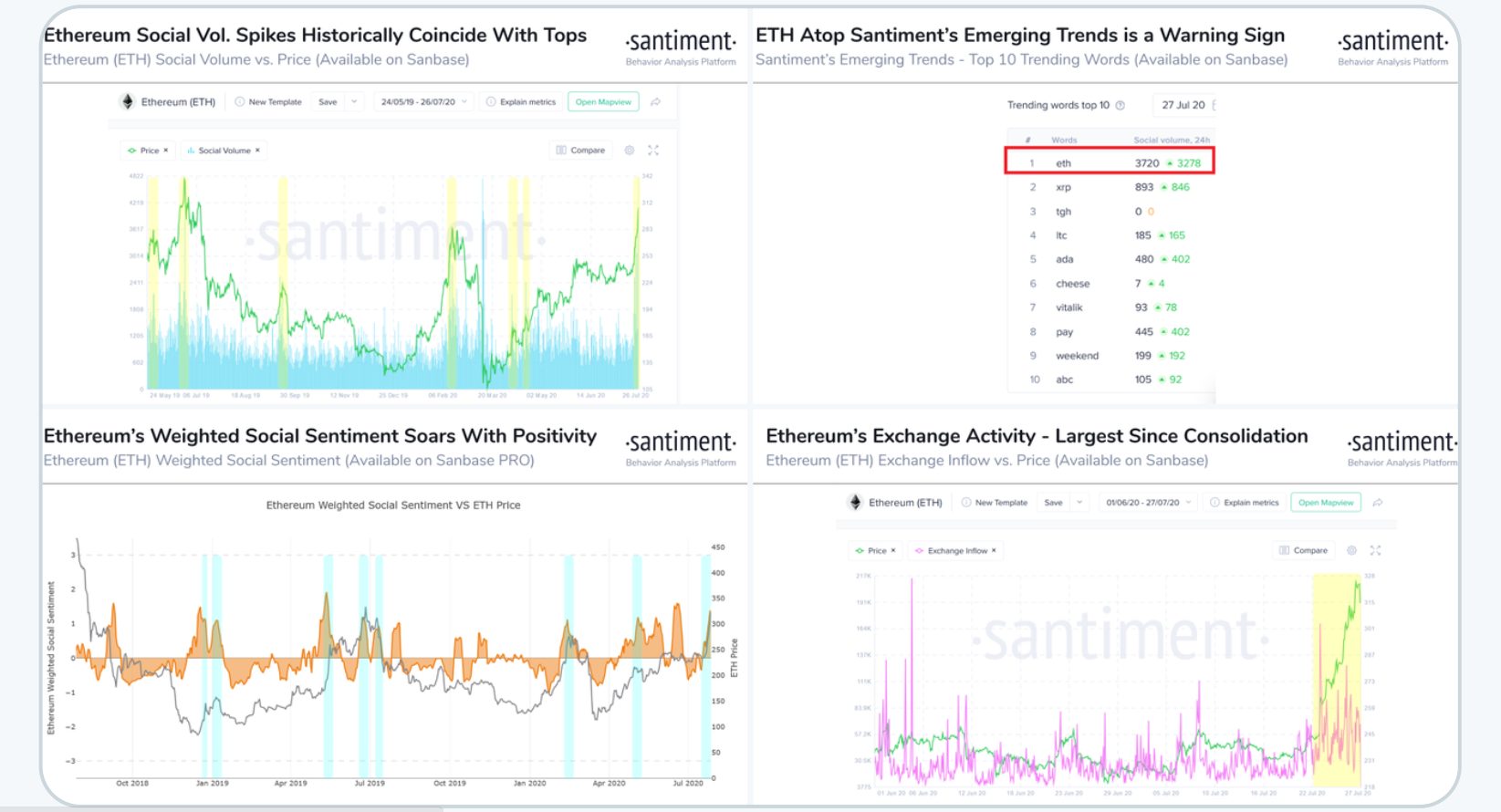 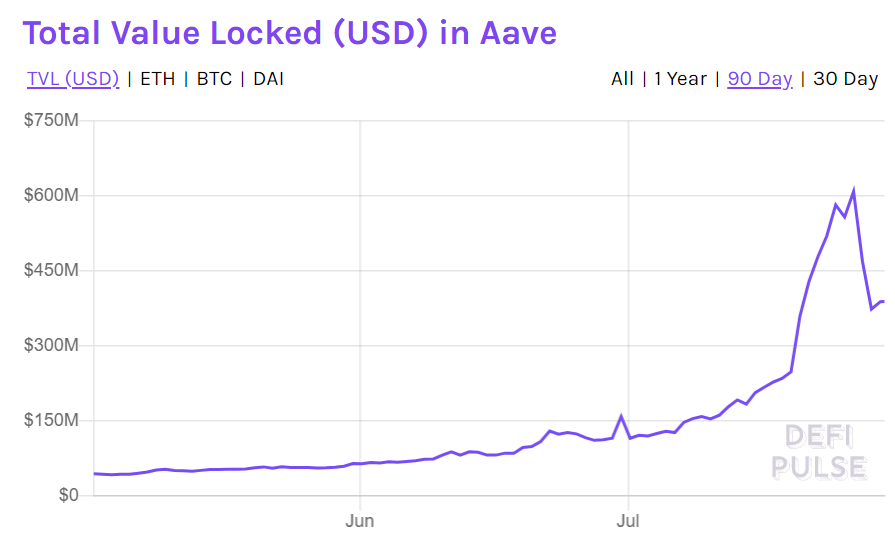 Be it in late 2017, mid-2019, or as recent as February 2020, with Ethereum, we have seen it time and time again – the largest altcoin would undergo a rapid rally and race right off the bat only to lose all its positive gains during its correction period.

In comparison to Bitcoin which is currently close to 45% down from its all-time high of 2017, Ethereum is more than 70% below its highest valuation of $1420. When Bitcoin has been able to garner a steady rise over the past three years, for Ethereum it has been two steps forward, one huge step back.

The concerns were rising up again with Ethereum brimming to its neck with positive sentiment. Santiment recently released a series of metrics with Ethereum, that has been leading the digital asset industry.

As illustrated in the above metrics, Ethereum is running riot in all the categories, which is leading many to believe that the rally can be abruptly halted, just like in the past.

Hence, it is important to understand if Ethereum’s rally is currently different or not.

Now, one of the prime reasons why speculators were hinting towards a blowback is the growth of DeFi. Decentralized Finance has received undivided attention over the past few weeks. TVL under USD crossed a whopping $3.5 billion as well but on 28th July, nearly all the DeFi tokens plunged sharply on a 7-day timeframe. The crash registered by LEND tokens is down below.

Now, if Ethereum did indeed rise on the back of DeFi, that is a major red flag. Previously, it has been reported that Ethereum fees were currently high due to DeFi so, it is not far from the discussion that DeFi’s collapse can harm Ether’s face value as well.

However, it will be unfair on Ethereum if its credibility is only associated with DeFi at the moment.

The sentiment surrounding Ethereum has been largely positive throughout the year because of its imminent Ethereum 2.0 launch as well. From a technological perspective, this is the biggest shift taken by a blockchain network, and the level of anticipation should not be taken lightly.

A strong argument can be made for Ethereum 2.0’s development and is boasting Ether’s growth as well. The blog recently announced that its launchpad testnet is officially live so development is certainly taking place towards a PoS shift.

To conclude…the space is as uncertain as ever

It is difficult to point a finger at any trend from these arguments hence only time will tell if Ethereum can survive another implosion. Still, it is important to note that the largest altcoin has much better credibility than it had in 2017 or 2019, so it should not be all downhill from here on.