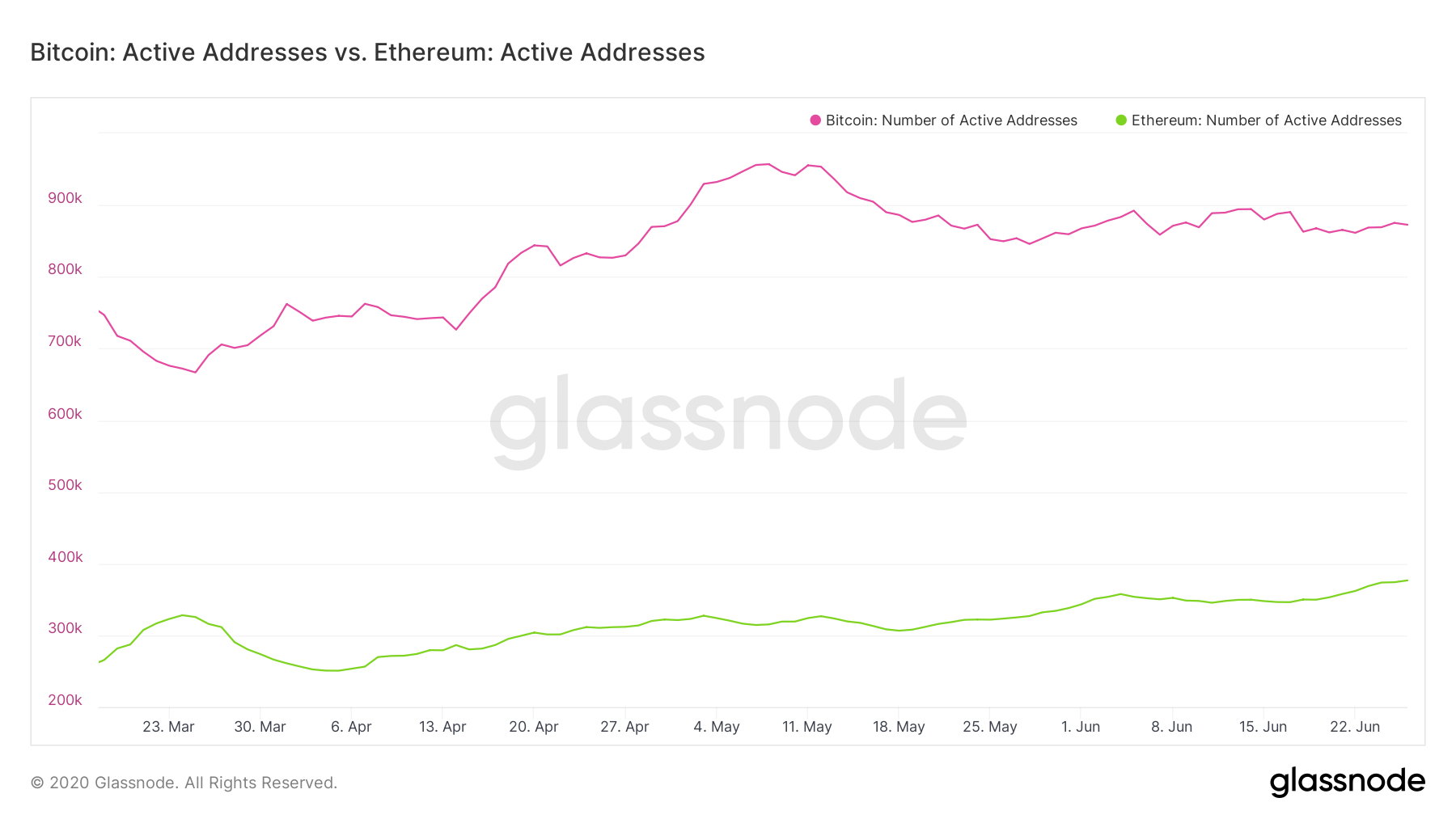 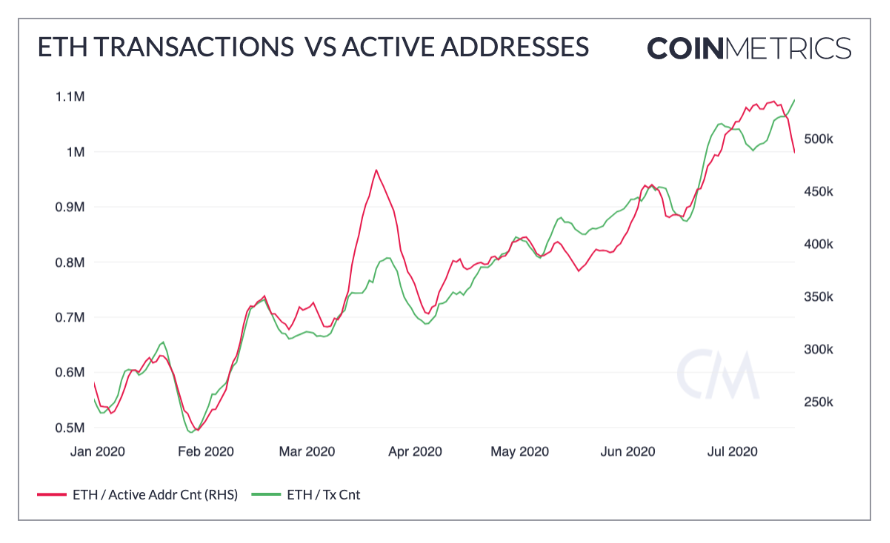 Cryptocurrency proponents in the digital asset space are always expecting a bullish rally. However, it is safe to say that nobody expected Ethereum to perform as it did. Well, maybe some of Ethereum‘s proponents did, but ETH surely outperformed their price goals as well.

Ethereum was only $10 short of reaching its 2019 high of $335, at the time of writing. The altcoin has surged by a whopping 40 percent over the last 7 days, with ETH registering its most significant gains in such a short window.

Such price accumulation has shaken up the entire industry and inevitably, certain on-chain metrics have been noting significant changes.

According to Santiment’s analysis, the price hike registered by Ethereum has finally led to a deficiency of Daily Active Address or DAA for the first time since 17 June. A deficit in Daily Active Address usually suggests that a possible pullback could in the picture. However, such high momentum on the charts may also point to higher consolidation.

In an effort to avoid confusion, it should be noted that the deficit in DAA did not mean a decline in active addresses. In fact, it is suggesting that the price of Ethereum has been outperforming the rate of active addresses coming into the network.

On analyzing the attached chart, there is a stark contrast between the Daily Active Addresses registered by Bitcoin and Ethereum since the start of May.

For Bitcoin, the number of DAAs has steadily decreased on the charts, a development indicative of the fact that the network has been used less and less by new users.

In comparison, Ethereum’s DAA has grown substantially over the past couple of months, making it a busier network than Bitcoin over the same time frame. In fact, a few weeks ago, Ethereum’s active address count topped 500k (on a seven-day moving average) for the first time since the ICO craze a few years ago.

The impact of DeFi can no longer be denied.

It is one of the major reasons for the rise in the usage of Ethereum’s network and its rise is finally having an impact on Ether’s evaluation as well.

However, during a brief period last week, the active addresses on Ethereum had declined due to a surge in transaction fees. Even though higher fees signify higher demand for blocks, it is a non-ideal situation to have since it makes transactions with very small amounts very expensive.

In order to avoid potential derailment in the present rally, the rising fees have to be dealt with in order to sustain a healthy network.