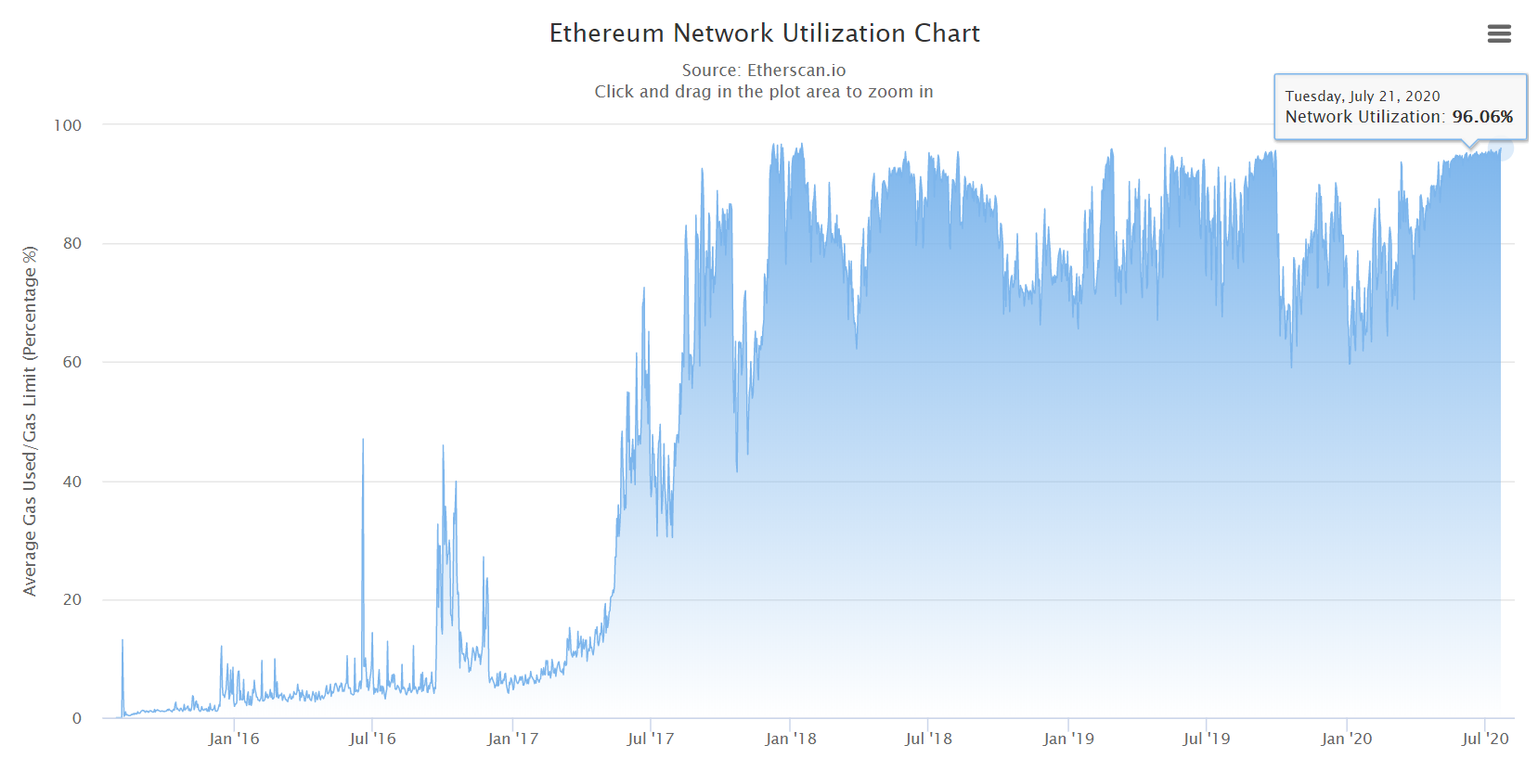 It is impossible to keep Ethereum out of the headlines at the moment. The anticipation surrounding Ethereum 2.0 was keeping the largest altcoin omnipresent but currently, the immense growth of DeFi is doing the trick.

According to Coinmetrics’ recent State of the Network report, DeFi is currently assisting Ethereum to register new highs with regards to on-chain metrics.

The chart above illustrates Ethereum median fees rising to $0.50 at the time of writing, which is highest since October 2018. With the fees typically rising due to DeFi’s involvement, the improvement has a little asterisk on it. Frankly, the growth helps the health of the Ethereum blockchain but from a value perspective, Ether was rarely making a difference.

Further, data from etherscan.io suggested that it is the first time in the history of Ethereum, that the blockchain has registered consistent utilization of over 95 percent for such a long duration.

A recent Messari report also suggested that Ethereum has now surpassed Bitcoin as the network that settled the most value per day, as Ethereum became the most used blockchain in the industry.

There should not be a debate on whether Ether is important for Ethereum or not. Ether and its ERC-20 tokens continue to remain exceptionally important for functional usage in the blockchain but investors are starting to be more attracted to DeFi’s massive APY and returns.

One of the main reasons why the growth of DeFi hasn’t translated into Ether’s value is the fact that ETH is only used for gas prices, a point that underlines the utility function of ETH, rather than a capital asset. Hence, it can be speculated that any kind of price pump for DeFi tokens may not directly trigger demand for Ethereum at the moment, which has been the case along.

Suddenly, Ether is looking from outside the window as DeFi tokens based on Ethereum continue to leverage high position growth in the cryptocurrency market.

From a long-term perspective, DeFi should play an important role in Ether’s price growth because the value cycle of an asset remains permanent, unlike trend cycles being either bullish or bearish.