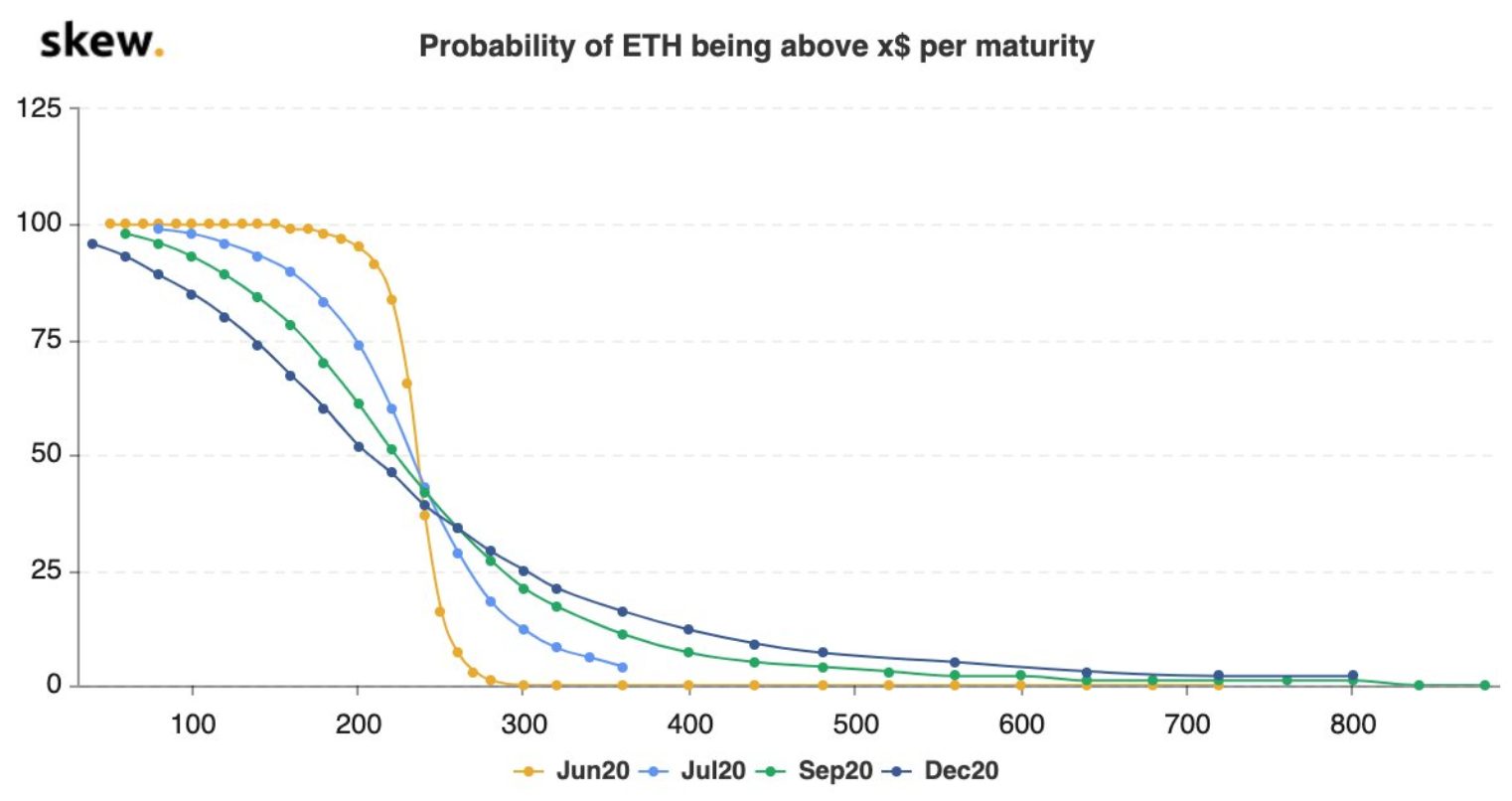 7% of derivatives market participants anticipated that the second-largest cryptocurrency, Ethereum would climb over $480 by the end of this year. This was observed by the crypto analytic platform, Skew. Its tweet read,

“Probability of ether > $480 (+100%) by End of Year = 7% Stable coins and DeFi seems like a more sustainable product / market fit for Ethereum compared to ICOs in 2017 but the market doesn’t see it (yet?) necessarily as adding as much $ value for ether”

The bullish outlook could also be driven by the upcoming Ethereum 2.0 roll-out. While conversation surrounding the major release had gained traction in May, it still remains a moving target as reports of delays and missed deadlines continue. However, another aspect that can be one of the drivers of a potential price surge in the near future could be an increase in value being transferred through stablecoins on the Ethereum blockchain.

“Tether is manifestly growing in popularity as the most liquid, stable and trusted stablecoin. Like Ethereum itself, Tether plays a central role in the digital asset ecosystem. Tether’s increasing strength among Ethereum-based stablecoins shows that the market has once again decided. In times of uncertainty and volatility, Tether represents a secure, stable and robust platform”

Ethereum Blockchain is the most popular platform for issuing stablecoins with Tether dominating weekly transaction volumes among Ethereum-based stablecoins. Stablecoins dominating the blockchain can also be evidenced by the rising gas usage. Gas is essentially a token that drives Ethereum’s blockchain and a unit that is used to calculate the amount of fees a user is required to pay to transfer smart contract data or payments on the blockchain. After substantial growth over the last couple of months in Tether as well as DeFi on Ethereum, the gas usage skyrocketed.

In addition, Ethereum locked in DeFi also witnessed a spike in value after a long period of stagnation. This further indicated a bullish case as more value of ETH locked in would imply a decline in circulation supply and, in turn, an increase in demand and hence bullish price.