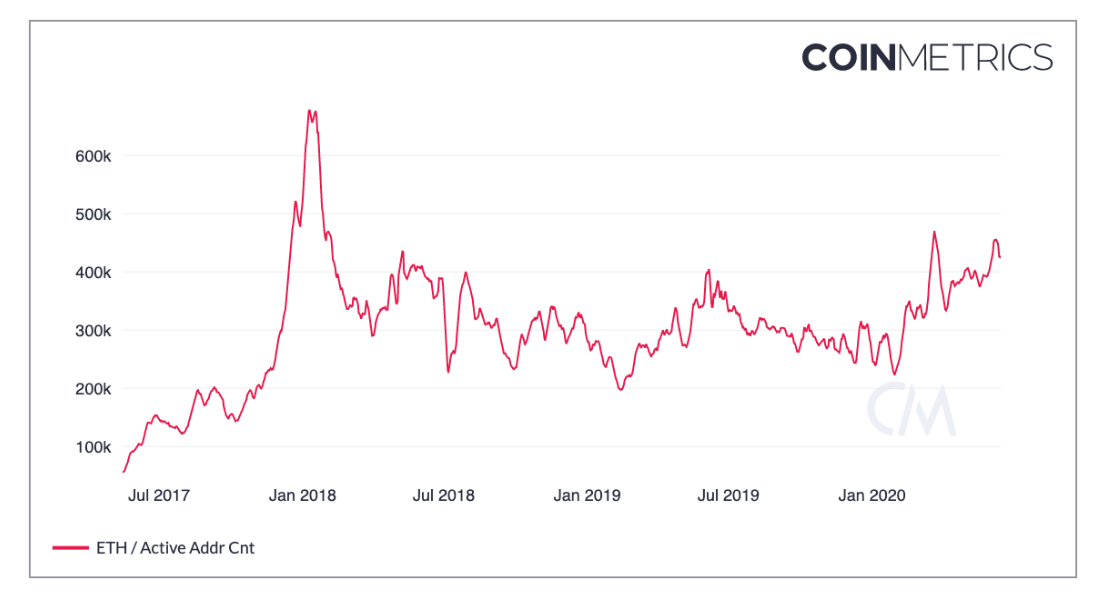 June hasn’t been particularly memorable for Ethereum, whether it is with respect to price valuation or development. However, consistent improvements in April and May have been crucial to the ecosystem of the world’s largest altcoin today.

According to Coinmetrics’ latest state of the network report, the number of addresses holding small amounts of Ethereum has increased noticeably since the crash on 12 March. While other crypto-assets such as Bitcoin also noted a similar case, it can be speculated that the number of addresses is increasing in ETH due to the impending launch of the ETH 2.0 beacon testnet chain.

Another reason that may have factored into the rise in addresses could be the fact that a single entity might be distributing their ETH across various addresses.

The report further added that the number of Ethereum daily active addresses and transactions have also surged over the past few weeks, with ETH active addresses reaching levels last witnessed during January 2018.

The impact of ETH 2.0 cannot be taken out of the picture here for the active addresses, but the rise in daily fees could be due to the congestion of the Ethereum network. The traffic created in the blockchain due to high stablecoin issuance may be contributing to daily fees going up. Additionally, the $2.6 million spent across two transactions last week made its weight felt in the statistics.

Do these statistics point towards an Ethereum bull rally?

It is fairly important to recognize that certain metrics do not necessarily proliferate a bullish narrative. One such example for the same is the present volume of stablecoins issued on Ethereum. If value transacted over a blockchain directly translated into a higher surge, then Ethereum should have added another $4 billion to its market cap over the past 3 months.

Over $4 billion in stablecoins have been introduced on to the ETH chain since the crash and even though it technically increases the usage of the Ethereum blockchain, other than elevated activity, the positive differences are negligible for the largest altcoin, with or without high issuance.

Similarly, with regards to Ethereum 2.0, the development is solely not responsible for Ethereum’s current performance. While admittedly it has made a difference in the industry, certain proponents continue to remain unsold on ETH 2.0.

“[At the moment] I am more bullish on $BTC. [The Spartan Group is] observing the ETH 2.0 transition closely to understand the crypto-economic implications and impact on $ETH price. At some point, we may turn more bullish at $ETH. It is a big event but at the moment there is considerable uncertainty.”