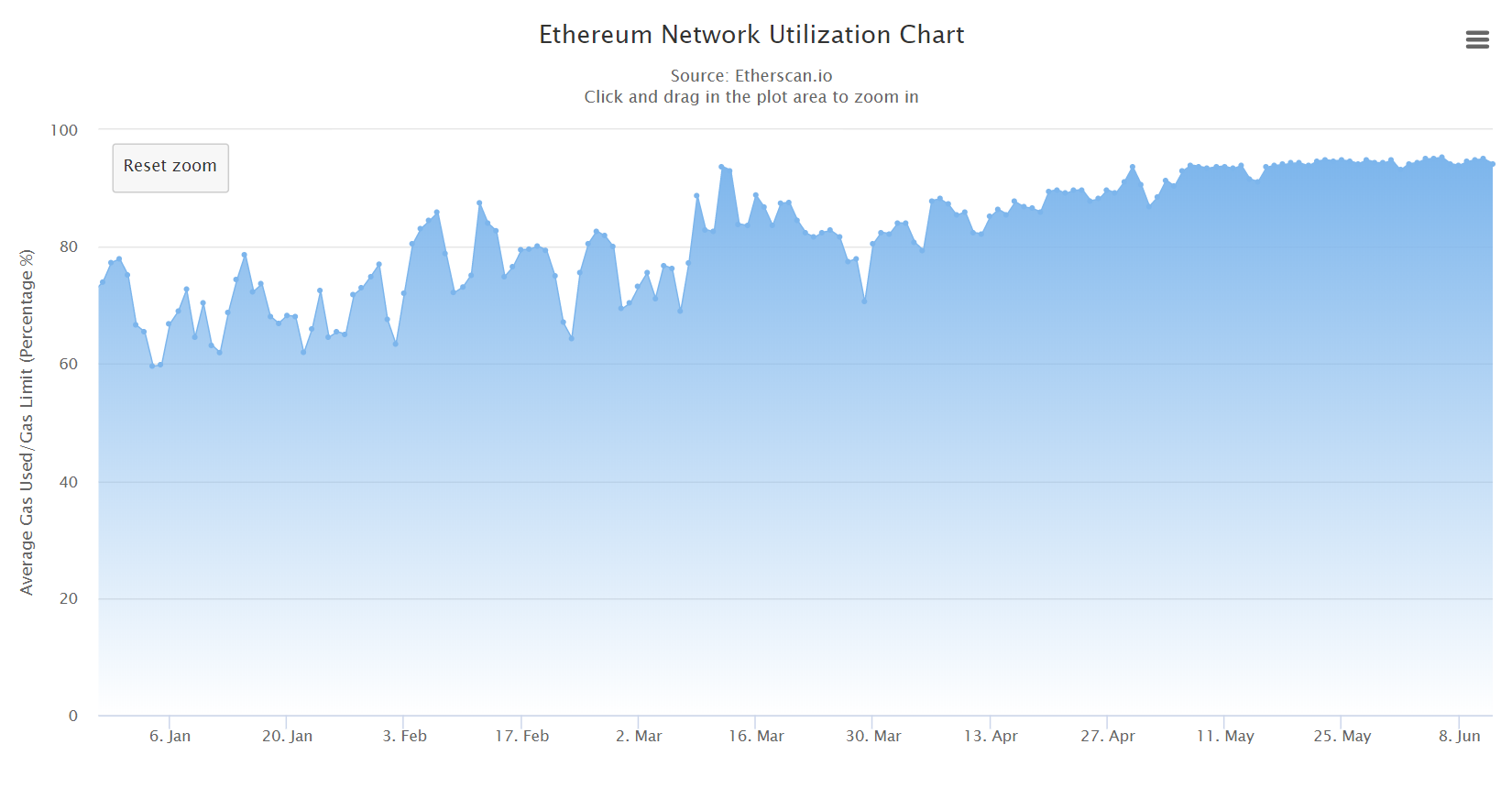 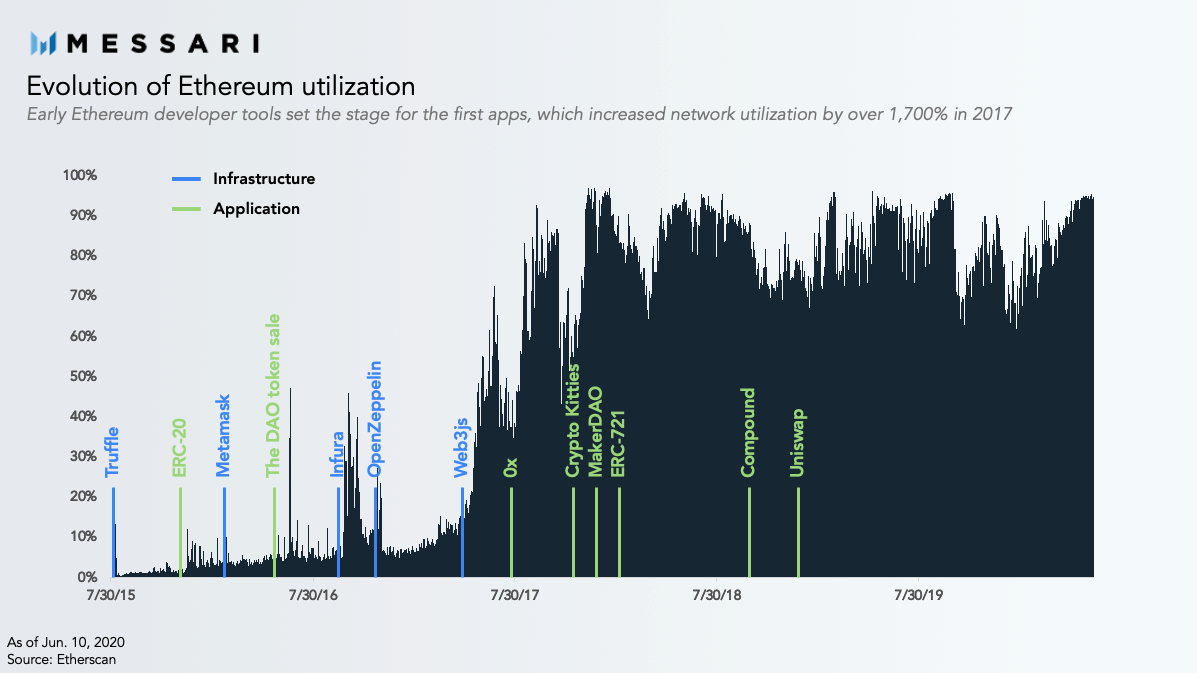 One of the most striking improvements noted by Ethereum this year has been with respect to its network utilization.

However, the seeds of these developments were sowed way back in 2016. In a recent post by Messari, the foundational elements which led to the present wave of adoption were identified, including the series of new developer tools led by Metamask back in 2016.

These new tools lowered the restriction to contract creation and a plethora of applications and use cases that were to emerge in 2017. Data on Ethereum became more accessible due to the alleviation of the complexity of self-managing a node and DApps started to take center-stage.

Evolution of Value in Ethereum

Now, ERC-20 tokens are only storing 50 percent of the value on Ethereum, which was 100 percent in January 2017. ETH’s use in DeFi also helps to solidify Ethereum’s primary store of value. Ryan Watkins, Analyst at Messari, said in this regard,

“The great part about Ethereum’s programmability is that it allows Ethereum to quickly adapt and find product-market fit. The successes of these experiments have directly translated into increased usage of the Ethereum blockchain, which has also put upward pressure on fees.”

No prizes for guessing as Ethereum 2.0’s impact on improved network utilization is clear as day. The beacon testnet chain has been fervently active with over 40,000 validators undergoing staking.

Phase zero of ETH 2.0 is set to be launched soon. Alongside this update and its improving fundamental properties, its credentials in the Futures market have also been positive, with Grayscale‘s ETHE market share selling at close to 1000 percent in premiums.

Hence, the current network utilization of Ethereum is a complete amalgamation of key events that have taken place over the years, all of which have contributed towards building an improved blockchain for the future.