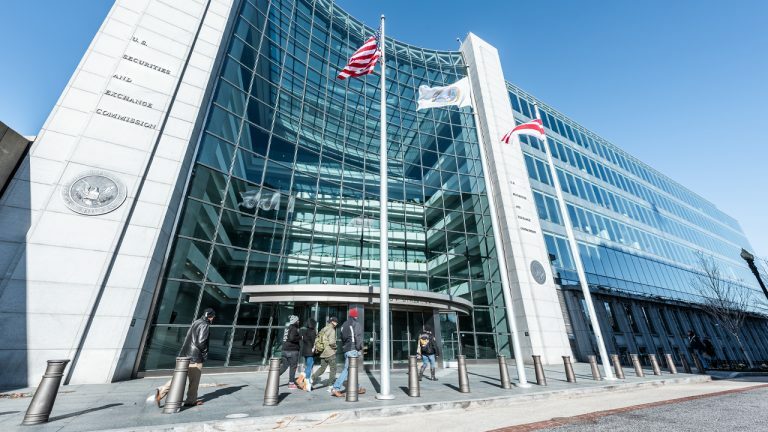 Lead Writer at News.Bitcoin.com, Jamie Redman has made Redeeem.com’s list of twelve influential go-to crypto bloggers. Redeeem says the list comprises names behind some of the most informative crypto news articles. In its citation, Redeeem says Jamie Redman, who is ... read more.

South Korea will now tax profits made from buying and selling of cryptocurrency at 20% after the government agreed to the decision on Wednesday. The decision was reached after months of debate. According to a taxation policy amendment notice released ... read more.

The Office of the Comptroller of the Currency (OCC) has clarified that national banks and federal savings associations can provide cryptocurrency custody services for customers. The OCC sees banks providing crypto custody services as "a modern form of traditional bank ... read more.

In the past week, reports emerged that some key members of the Onecoin scam were found dead in Mexico. According to reports, the two Oscar Brito Ibarra and Ignacio Ibarra may have been kidnapped and murdered but the motives behind ... read more.

Us Federal Court Ruling — Bitcoin Is a Form of Money

A US Federal Court said Friday that bitcoin is a form of money covered under the Washington D.C., Money Transmitters Act (MTA). The court made this conclusion as it denied a motion to dismiss criminal charges against Larry Dean Harmon, ... read more.

Reports detail that 10,000 Antiminers have been allegedly stolen from a Bitmain facility in China. Sources say that the missing mining rigs concern the ongoing power struggle between Bitmain cofounders Jihan Wu and Micree Zhan. Back in mid-June news.Bitcoin.com reported ... read more.

Lebanon has entered hyperinflation, the first country in the Middle East and North Africa to do so. With a 462% annual inflation rate and food prices rising by almost 200% this month, Lebanon has joined Venezuela in hyperinflating. Meanwhile, the ... read more.

The live-streaming service Twitch is now offering a 10% subscription discount for people who register with cryptocurrency. The new offer from Twitch leverages the Bitpay payment processor, as this is the first crypto-based discount promotion from a company of this ... read more.

Cyclebit is a crypto payment processor that allows merchants to easily accept digital assets payments anywhere, in both offline and online environments. It is a global company already established in Canada, the U.S., Europe, and Southeast Asia. Cyclebit currently supports ... read more.

U.S. investors may be planning to use their second $1,200 stimulus money to buy bitcoin - again. The U.S. government is, on Monday, expected to approve plans for this second payout, White House officials have confirmed. The bailout is intended ... read more.

Bitcoin fees have grown much larger in recent days spiking to a two-month high to $3.80 per network transaction. The crypto asset’s fees have jumped 590% since June 14 and the mempool (transaction backlog) has grown significantly. Digital currency markets ... read more.

Hackers Transfer $28 Million Worth of Bitcoin from 2016 Bitfinex Breach

Around 2,500 stolen bitcoins ($28 million) from the 2016 Bitfinex breach were transferred from the hacker's wallet on Monday. The last time the Bitfinex hackers moved funds from the hack four years ago, they moved around $5 million worth of ... read more.

Nigeria is not only Africa’s biggest cryptocurrency market but is also a leading adopter of digital currencies globally. Official figures show the country is well ahead of fellow African countries. Citizens of the West African state use cryptocurrencies for cross ... read more.

Goldman Sachs has warned that the U.S. dollar may lose its status as the world's reserve currency. The investment bank is bullish on gold as fears over governments debasing their fiat currencies grow and real interest rates are pushed to ... read more.

Volumes on bitcoin futures offered by Bakkt set a record high on July 27, with 11,500 contracts traded on the institutional exchange. Altogether, the contracts are worth about $126 million, at the time of writing. Each contract is equivalent to ... read more.

Bitcoin's Current Breakout Sets It up for $28,000, Headed for Six Figures - Max Keiser

Max Keiser has predicted that bitcoin's current bullish pattern will lead toward a price of $28,000. While the bitcoin bull does not give a timeframe when this is likely to happen, he believes that, thanks to relentless government money printing, ... read more.

Ledger said on Wednesday that its e-commerce database was hacked in late June, compromising about one million email addresses. No user funds were affected by the breach. In a blog post, the French bitcoin hardware wallet company revealed that contact ... read more.

Power Plants in Iran Now Authorized to Mine Bitcoin

Power plants in Iran are allowed to mine cryptocurrencies, the deputy head of the country's Power Generation, Distribution, and Transmission Company (Tavanir) has reportedly confirmed. Mostafa Rajabi Mashhadi, deputy head of Tavanir, explained that entities have to apply for the ... read more.

Onchain data shows that bitcoin’s breakout above $11,000 puts 93% of the circulating supply in a state of profit. Additionally, seven-day metrics show that bitcoin’s “realized price” has recovered from the low that took place on March 12. The research ... read more.

During the last four weeks, cryptocurrency markets have gathered significant value, and the crypto asset ethereum gained over 40% during the last 30-days. The price of ether moving northbound has caused a strain on the graphics processing unit (GPU) market, ... read more.

The Onecoin fiasco is still making headlines these days as a number of alleged money laundering companies were exposed on July 25, two Onecoin leaders were recently killed in Mexico, and the British author Jamie Bartlett revealed a new “Missing ... read more.

A resurgent bitcoin is rekindling Indian interest in cryptocurrencies with reports suggesting many dormant holders are back to trading. A report in Livemint is also attributing the piqued interest to a recent Indian supreme court decision to overturn a prohibition ... read more.

Just a few days prior to the Bitcoin Cash anniversary, BCH fans found out that the Cashfusion audit from Kudelski Security is now complete. Electron Cash engineer Jonald Fyookball announced the audit was finished and said the protocol “passed, mostly ... read more.

Tether Ltd printed a total of USDT 300 million Wednesday and this brought the total coins created to 540 million in the last three days alone. The latest USDT printing will see the top stablecoin’s market capitalization significantly passing the ... read more.

While movie theaters may be unusually empty this time of the year, a different kind of summer blockbuster is coming soon, one that promises to bring back the exhilaration of competitive crypto trading with up to 200 bitcoins (BTC) prize ... read more.

Indian cryptocurrency exchange Zebpay is launching an OTC bitcoin trading desk. The exchange has shared the details with news.Bitcoin.com, stating that "There is huge demand" among bitcoin traders and arbitrageurs in India for OTC desk services. Zebpay Sees Huge Demand ... read more.

U.S. investment bank Oppenheimer's analyst says gold is "extended" and has "run up a bit," bringing attention to bitcoin instead. He sees the cryptocurrency reversing its downtrend from the $20K peak, benefiting from the dollar's weakness. Oppenheimer Analyst on Bitcoin ... read more.