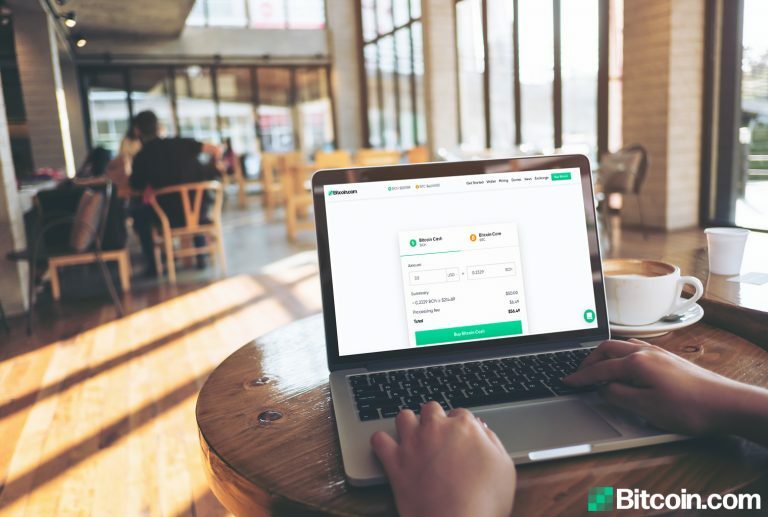 Exchange data and statistics from Google Trends, Twitter, and Baidu show that despite the recent price drop people are looking to buy bitcoin. During the week of the crypto market massacre that started on March 12, Coinbase broke traffic records and witnessed considerable trade volumes. Similarly, the trading platform Kraken saw an 83% increase in account signups during the market calamity as well.

While crypto prices are low you would think that most people would be selling their coins for cash. However, statistics show that people are actually more interested in buying bitcoin than selling the digital asset amid the market downturn. For instance, financial columnist Michael del Castillo recently reported on how the San Francisco-based exchange Kraken saw an influx of new registrations last week. According to the report, Kraken saw an 83% increase in registrations during the week after March 12.

Kraken was not the only exchange that reaped the benefits as multiple exchanges across the globe are seeing higher trade volumes and registrations. Typically, crypto exchange volumes increase during a bull run but when the price slides trading platform volumes usually follow the falling price. The latest cryptocurrency crash has seen the opposite, as exchange volumes look like they would during a price spike.

On March 20, reporters Danny Nelson and Nikhilesh De published a report that disclosed Coinbase saw massive traffic during the week of the market fallout and the exchange processed significant trade volume. “This hard work contributed to our stability last week while many platforms, in both crypto and traditional equities, struggled with the increased volume,” Coinbase founder Brian Armstrong explained on Friday. According to the exchange, Coinbase processed a whopping $2 billion worth of crypto trades in 48 hours. Further, the traffic and volume overload came at a time when Coinbase employees are all working remotely from home. Coinbase head of engineering, Jesse Pollak, detailed that the exchange had been preparing for a busy week like this since the 2017 crypto bull run.

Exchange data shows that there’s been an increase in traffic and registrations and popular search engines like Baidu and Google are showing significant interest in the term “buy bitcoin.” On Saturday, the researcher from Shenliancaijing published a study that shows searches for the terms “bitcoin” and “buy bitcoin” are up 183%.

The term “buy bitcoin” on Twitter has also been trending higher than usual as well. A significant number of crypto supporters who leverage the social media platform are tweeting that it’s the perfect time to buy. Whether it be after the Fed’s rate cut, watching gold prices tumble, observing the stock market meltdown – during all of these feverish discussions people are talking about purchasing bitcoin and various cryptocurrencies.

I feel like the Federal Reserve should just buy $1 Trillion in #Bitcoin.

Makes more sense than what’s about to happen.

After the crypto market carnage, coins like BTC are still showing great form during the economic storm that has rattled nearly every market. If bitcoin and the 5,000+ cryptocurrency networks in existence were correlated with traditional stock and commodity values then the cryptoconomy would have likely been defeated on March 12.

Central bankers, politicians and people like Peter Schiff, Nouriel Roubini, Warren Buffet, Jamie Dimon and many others have said for years that BTC was the riskiest asset and would be the first to die.

Unfortunately for them, their opinions don’t matter and the economic hardship is making people look closely at bitcoin and the digital asset economy. The crisis might be making people understand that more than ever before, people are searching for a decentralized, permissionless electronic cash system.

What do you think about the heightened interest in bitcoin? Let us know in the comments section below.

You can now purchase Bitcoin without visiting a cryptocurrency exchange. Buy BTC and BCH directly from our trusted seller and, if you need a Bitcoin wallet to securely store it, you can download one from us here.