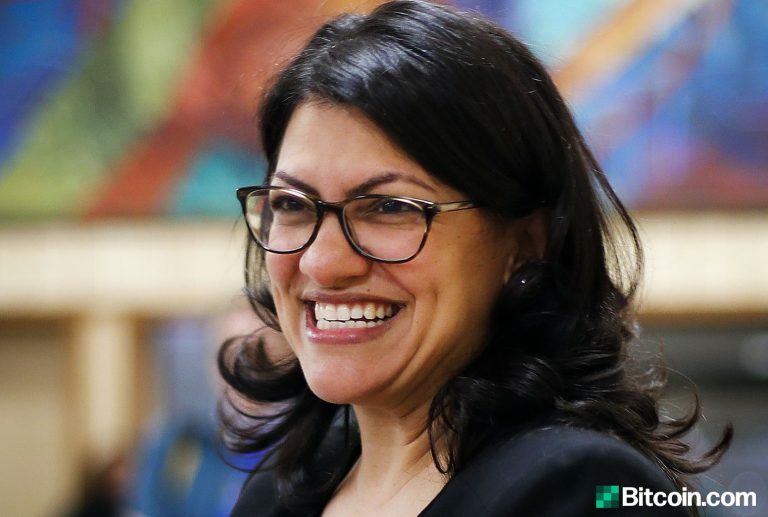 The U.S. is now facing the onslaught from the coronavirus outbreak. During the last two weeks, bureaucrats have shut down multiple industries while the Federal Reserve has injected trillions into the hands of private banks. Bipartisan members of Congress have been penning a 2020 stimulus plan, as the government may send $1-2K to every American on a monthly basis until the covid-19 hardship ends. On Saturday, Michigan Democrat Rashida Tlaib, with the help of Modern Money Network Rohan Grey, proposed a plan that will allow the U.S. Treasury to mint new coins that don’t cause any debt to taxpayers.

The entire world faces an economic recession due to the covid-19 virus that has been infecting nearly every country. In response to the pandemic, politicians and central bankers have been using every tool they have to keep the economy afloat during the outbreak. In the U.S., the Federal Reserve slashed rates to 0%, allowed banks to operate without reserve requirements, and funneled trillions of greenbacks into a mostly electronic dollar system.

Meanwhile, U.S. politicians on the federal level are promising American citizens at least 1-2K per month to help deal with the economy after shutting down a variety of industries nationwide. Now the U.S. representative for Michigan’s 13th congressional district, Rashida Tlaib, wants the U.S. Treasury to mint two trillion-dollar platinum coins. Moreover, Tlaib’s new “Automatic Boost Act” claims it will not add any debt to anyone thanks to the theory behind Modern Monetary Theory (MMT).

Tlaib’s proposed plan aims to create a universal basic income system that initiates the first payout of $2,000 to every American citizen. Following the first $2K payment, U.S. residents will get an additional monthly payment of $1K up until one whole year after the covid-19 outbreak. The plan follows the MMT doctrine and was co-written by the president of the Modern Money Network Rohan Grey.

Essentially, the Boost Act would allow the Treasury to create a card administered by the U.S. Treasury’s Bureau of the Fiscal Service. Each card would be recharged with currency on a monthly basis. Every person includes dependents, the Boost Act underlines, “so a couple with two children would receive 4x $2,000 = $8,000 in total.” Undocumented people who exceed three months of residency in the U.S. are also eligible. The plan also extends to “individuals who do not have a bank account, social security number, or permanent address.”

“To ensure that this program is as universal and comprehensive as possible, the U.S. Treasury will develop its list of eligible individuals in coordination with the Internal Revenue Service, the Social Security Administration, the Federal Election Commission, and every other relevant federal, state, and local government agency, including state-level Departments of Motor Vehicles (DMVs),” the Boost act notes. Tlaib’s proposal adds:

These pre-paid digital cash cards could be used to withdraw physical currency at regular ATMs or FDIC-insured banks or credit unions or make payments at Point-of-Sale terminals, as well as online. In addition, these cards could be topped-up with additional funds as needed, during and after the crisis.

After explaining the distribution methods, the Boost Act details how the whole plan will be funded. Basically, the plan has a catch like no other because Tlaib and Grey believe after issuing the new coins no additional U.S. debt would be issued. In contrast to stacking debt, Congress will simply use the constitutional power of the purse in unison with the Treasury and mint the new money. Under the Boost Act, Secretary of the Treasury Steven Mnuchin would tell the U.S. Mint to create “two $1 trillion platinum coins.”

Congress using its vested powers would then order the Fed to buy the new coins at face value and the private bank would retain ownership over the two $1 trillion coins permanently. Then Mnuchin can simply “sweep” the fresh reserves and distribute it into the Treasury General Account. From here the Treasury, with help from other federal entities, will disperse the money to every person in America in the form of pre-loaded cards.

“This approach would preserve the historical separation between fiscal and monetary policy and avoid financial entanglement between the Treasury and the Federal Reserve which would eventually undermine the independence of the Fed,” the Boost Act details.

The Boost Act is only two pages long, but attempts to explain how it will get away with creating money from thin air by leveraging MMT. Long ago, U.S. dollars stemmed from the backing of a commodity (gold) and the government standardized a system of bills. Since the greenback has been off the gold standard, most of society’s money isn’t tangible anymore and the Fed can create as many dollars as they want behind closed curtains. The Fed has already been doing this for years but with MMT, the plan claims to remove inflation. MMT is popular these days among politicians like Bernie Sanders and Alexandria Ocasio-Cortez. The reason for this is because MMT aims to increase taxes considerably and take most of it from the private sector. Congress, the Fed, and the Treasury will allow massive amounts of stimulus and inflation will be balanced by stifling the private sector’s ability to purchase resources.

Despite MMT and Tlaib’s Boost plan showing its true colors and instead of removing money from the state it connects the two together permanently. In fact, the Boost act mentions that after the covid-19 issues are dealt with, the federal government can decide on whether or not they want to keep the new money in the system. MMT advocates have even tried to persuade cryptocurrency and blockchain proponents that the two concepts are similar.

Unfortunately, many MMT supporters do not understand the importance of a permissionless, peer-to-peer payment system that is not controlled by a government, corporation, group or any single individual. Instead, representative Tlaib and Modern Money Network’s Grey want to give the federal government unlimited power. Ironically, MMT shills push this propaganda during a crisis and right after parasitic politicians and the Fed relentlessly wreaked havoc on the financial lives of American citizens.

What do you think about the proposal to have the Treasury mint two $1 trillion platinum coins? Let us know in the comments below.

Do you need a reliable Bitcoin mobile wallet to send, receive, and store your coins? Download one for free from us and then head to our Purchase Bitcoin page where you can quickly buy Bitcoin with a credit card.