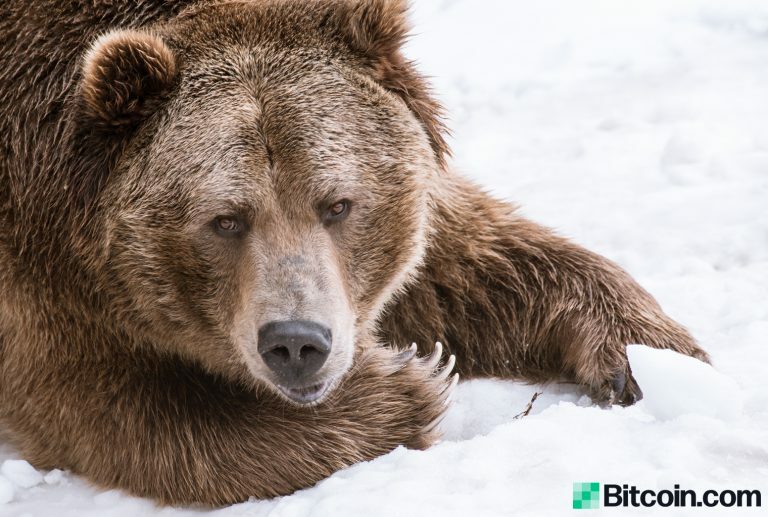 Cryptocurrency and bitcoin proponents have been patiently waiting to see if crypto winter is returning as the recent price decline has shaken investors. Digital assets have been meandering aimlessly over the last week and in order to gain some perspective, it’s always good to study the last decade of previous bear market trends.

After BTC and other digital currencies touched all-time highs in 2017, the following months ushered in ‘crypto winter.’ It was a cold period of time where crypto investors watched their favorite cryptocurrencies lose 70-95% in value. Since then, prices have headed northbound and many people started to assume that the bearish crypto winter may be coming to an end. However, after BTC jumped from the $3k range to almost $14k in the spring, the digital currency has dropped to the $7k zone and is now hovering between $8,800-9,150. Overall, most traders would consider the overall upswing bullish as BTC was $6,350 on November 8 last year and today the price is $8,942 per coin. But many crypto winters in the past and bearish cycles have seen slight upswings before plummeting back down and continuing an even longer bear market trend. The recent decline in crypto values has caused some digital currency investors to panic and current prices have made them wonder if more trouble lies ahead.

The first long bear market that BTC fans witnessed was between June to November in 2011 that spanned roughly 162 days. The digital currency’s value had spiked in the summer of 2011 to a high of $31.50, but subsequently dropped over the course of the next few months to a low of $2.01 per BTC, losing 93%. At this time, things started looking positive for BTC investors similar to the run-up in 2019. BTC was hovering around $7.08 per coin on January 11, 2012, gaining more than 250%. But thanks to all the exchange hacks in 2012 like Linode and Bitcoinica and the regulatory issues with the platform Trade Hill, BTC’s price dipped into a bear market trend for roughly 185 days, losing 40%. In July 2012 the price per BTC was $4.22, but again traders started seeing bullish trends transpire and the value jumped 216% to a high of $13.35 per coin in August.

Just like the current 2019 bear raid, crypto traders saw BTC prices slide 37% to a low of $8.40 during the first week of December 2012. The duration of the rout lasted 111 days and was allegedly initiated by the second Bitcoinica hacks and the lawsuits surrounding the events. However, the following January to November 29, 2013 saw BTC values jump considerably again touching a peak price of $1,166. The first recorded price on Coinmarketcap.com’s historical price index shows BTC was $135 in April 2013. However, the party ended in December 2013 and the onset of the first extremely long crypto winter started eating away at the bullish prices. The bear market stretched for 410 days encompassing 2014 in its entirety. Moreover, other digital currencies that saw higher prices also followed BTC’s dive as most cryptos that year lost more than 80%. After the $1,166 high, BTC dropped to a low of $197 per coin during the first week of January 2015. From that period in time, anyone could have purchased BTC at prices between $197 to $300 up until October 28, 2015.

BTC prices starting from Halloween to mid-June 2016 were between $300 to $600 and the coin started inching its way closer to the 2013 all-time high (ATH) in January 2017. After that price surpassed the 2013 ATH, BTC and many other cryptocurrencies saw a climactic run up from that point forward. On the exchange Bitstamp, BTC touched its highest position ever at roughly $19,650 per coin. The bear market that followed lasted much longer than the 2013-2015 downtrend of 410 days. Coincidently, using that same timeframe from December 2017 to the first week of February 2019 saw BTC prices reduced to $3,484 per coin that week. The bear market stretch continued, making the crypto winter following 2017 the longest ever. Between February through May 2019, prices hovered around $3,500 to $6,000 and the run-up since then looks like a second breath of fresh air.

The latest downtrend has dampened enthusiasm throughout the crypto community after BTC values were hovering around $10k, but are now below the $9k region as prices sink lower. The last few months have seen digital currencies traverse upwards in a bullish manner, but prices could easily follow the same dynamics that transpired years ago. The bear markets in the past did see some positive optimism after BTC’s value plummeted, however, some of the run-ups didn’t last very long. Digital currencies had a much better year in 2019 but as the end of the year approaches, people are still uncertain about how crypto markets will trend over the next month and a half into 2020.

Where do you see cryptocurrency and bitcoin markets heading from here? Let us know what you think about this subject in the comments section below.

Disclaimer: Price articles and market updates are intended for informational purposes only and should not be considered as trading advice. Neither Bitcoin.com nor the author is responsible for any losses or gains, as the ultimate decision to conduct a trade is made by the reader. Always remember that only those in possession of the private keys are in control of the “money.”

Want to create your own secure cold storage paper wallet? Check our tools section. You can also enjoy the easiest way to buy Bitcoin online with us. Download your free Bitcoin wallet and head to our Purchase Bitcoin page where you can buy BCH and BTC securely.

Share this story:
Tags in this story
Jamie Redman