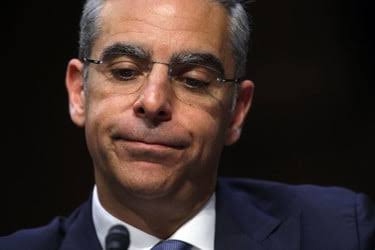 The general idea around Bitcoin investment lies in some believing that the coin is a store of value while others say that it is a currency. David Marcus, Libra Head, chipped in his views in an interview claiming the pioneer cryptocurrency is digital gold and not suitable as a currency.

Advertisement
‘Bitcoin is Not a Currency’

Speaking at the New York Times DealBook Conference, Marcus compared Bitcoin to “digital gold” given the exponential appreciation in price in the past decade. The Libra head however does not think of BTC as the ideal form of global currency given the volatile swings in prices in short periods of time. He said,

”I see it as digital gold. I don’t think of Bitcoin as a currency. It’s actually not a great medium of exchange because of its volatility. People don’t use a unit like digital currency of Bitcoin to pay for things just because it’s so volatile. It serves a completely different purpose.””

Well during the past month or so, the prices of BTC soared from the $7,000’s region to above $10,000 in a couple of hours before retracing and consolidating at $9,500’s, as at time of writing. Such wild moves in prices discourages merchants and people who send remittances using crypto.

The U.K Revenue and Customs released a policy paper on Nov. 1 ruling that Bitcoin (and crypto in general) should not be regarded as a currency, setting further discussions for a future date.

Libra, a stable cryptocurrency backed by a basket of assets including the US dollar and Euro, aims to solve the troubles of BTC as a currency.  Since announcing its launch in 2020, Libra has been a cause of concern to a number of government authorities including the US Senate and the European Union – all calling for tougher regulation before it launches.

A number of critics have come forward questioning the development of Libra including Ethereum’s co-founder Joe Lubin. The latest to join the band of critics is CNET founder Halsey Minor, who compared Facebook’s launch of Libra to China’s plans to find alternatives to the dollar.

Speaking at the Web Summit tech conference, Minor tore apart Facebook as “tone-deaf” in the financial industry claiming the launch of Libra is ill-advised. Minor said,

“I think it is extraordinary how tone-deaf Facebook is about how and why the financial system works.”

Furthermore, Minor brushed of claims of Bitcoin becoming a global currency given the price volatility associated with the asset. He said,

“Everybody said bitcoin was going to become the new currency. Human beings, normal ones, cannot afford the volatility of bitcoin.”

Article Name
Bitcoin is Digital Gold, Not a Currency Says Libra Head David Marcus
Description
Libra Head David Marcus sees Bitcoin as digital gold rather than a currency. CNET founder bashed Facebook’s launch of Libra claiming the tech firm is financially “tone deaf”.
Publisher Name
Publisher Logo
Coingape is committed to following the highest standards of journalism, and therefore, it abides by a strict editorial policy. While CoinGape takes all the measures to ensure that the facts presented in its news articles are accurate.
Disclaimer The views, opinions, positions or strategies expressed by the authors and those providing comments are theirs alone, and do not necessarily reflect the views, opinions, positions or strategies of CoinGape. Do your market research before investing in cryptocurrencies. The author or publication does not hold any responsibility for your personal financial loss.
Share on Facebook
Share on Twitter
Share on Linkedin
Share on Telegram
Author: Lujan Odera