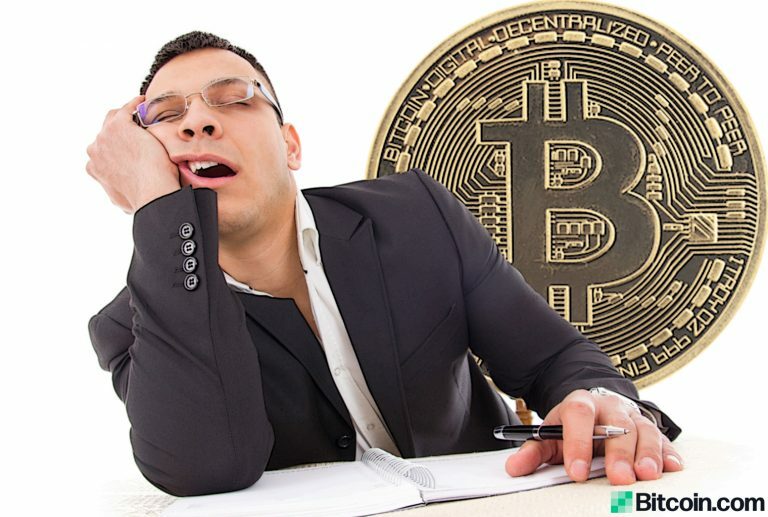 Last spring and the beginning of summer 2019 saw digital asset markets spike considerably in value, and many speculators assumed the rise was due to institutional investors. However, BTC and a variety of other popular digital asset prices started plummeting in August. Reports now detail that institutional interest is waning and new data that analyzed the collaboration between institutions and cryptocurrency headlines has dropped significantly. Moreover, the highly anticipated Bakkt futures launch didn’t match the initial hype. The Intercontinental Exchange (ICE) physically-settled bitcoin futures products continue to see low volumes despite the first block trade settled.

Also Read: Money and Democracy: Why You Never Get to Vote on the Most Important Part of Society

A few months ago everyone heard about the strong institutional interest trend stemming from speculators who believed financial incumbents and well known investors were joining the crypto revolution. Headlines at the time declared the bullish price charge was different this time around as there was very little retail interest in digital currencies. The last price spike was allegedly started by institutional participants. However, things have changed and the overall market valuation of all 2000+ digital assets has lost billions over the last month. Adding more insult to injury, on October 2 the cryptocurrency trading researchers called The Tie explained that headlines involving the terms “institutions” and “bitcoin” have dropped expressively low.

“Mentions of institutional interest in bitcoin in news headlines have plummeted to a 2019 low after seeing significant growth throughout the summer,” The Tie researchers detailed. “The data used more than 85,000 unique publication headlines since October 2017.”

Similarly, mentions of the word “gold” in bitcoin-related headlines have hit a low since October 2017 the analysts said. “After bottoming in April conversations around bitcoin and gold had surged over the summer,” the staff added. There have been other signs of institutional interest leaving the cryptocurrency space like the price of Grayscale’s GBTC dropping to its lowest point in seven months.

Institutions can capitulate? GBTC premium is at 7 month low. pic.twitter.com/7rdjurq3nf

Then there’s the recent Bakkt launch, which saw its first week of volume pale in comparison to mere minutes on an exchange like Binance, Bitmex or Coinbase. On Twitter, The Block analyst Larry Cermak called the first seven days of trading “quite underwhelming.” “Total volume has so far been $6.5 million and even though it’s not very comparable, Bitmex does that kind of volume in less than 4 minutes,” Cermak emphasized.

However, Bakkt and the Intercontinental Exchange (ICE) believe the organization is just getting started. For instance, Bakkt said on October 1 the exchange executed its first block trade between Galaxy Digital and XBTO, and was cleared by ED&F Man. A block trade is basically a private futures swap that’s filed with the exchange and cleared through ICE Clear US. “Last week, we bought the first Bakkt Bitcoin Daily Futures contract and took the first physical delivery of a digital asset under existing commodity futures laws and regulations,” XBTO stated. “This week, we executed the first block trade. We’re pleased to report that the launch was successful and can accommodate large trades.”

Bakkt two weeks on – not much occurring yet with three consecutive sessions pic.twitter.com/meBsGxVOfb

Despite the data pointing to current lack of institutional interest, many speculators believe that institutions and big name investors have already joined the cryptoconomy. An example of this is how Bitmex was probed by the CFTC for allegedly allowing U.S. customers to trade leverage. However, even after the regulatory crackdown, Bitmex continues to swap massive amounts of futures and it’s still the market leader when it comes to derivatives. Moreover, the data analytics company Skew shows that the newly launched Binance Futures products swapped more than $170 million on the first day. Since the launch day, Binance is still trading close to $2 billion in derivatives every week. Further, there’s a strong interest in other crypto derivatives products as well. Reports detail that Bitcoin Cash futures will be initiated on a CFTC-regulated exchange in Q1 2020. From the signs of things, crypto futures products remain hot while institutional interest in bitcoin and cryptocurrencies, in general, is not.