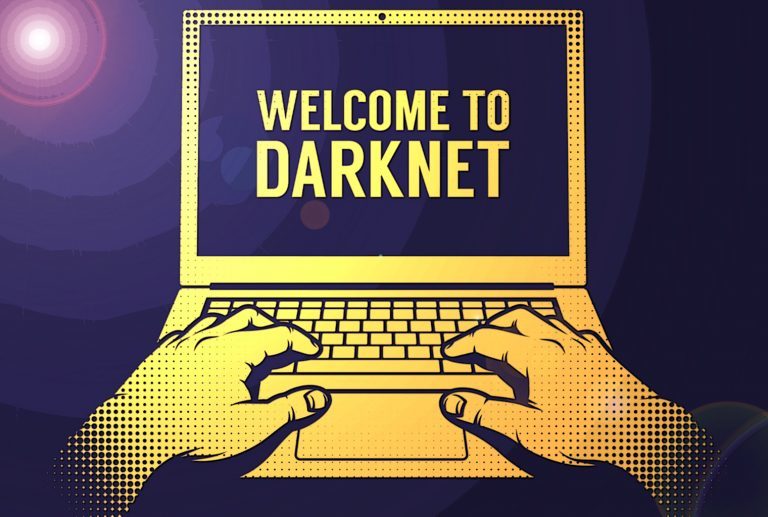 Since the birth of the Silk Road, there’s been a cat and mouse game between global law enforcement and darknet market (DNM) operators. Over the last two years, law enforcement agencies have knocked out a slew of markets like Hansa and the massive Alphabay. Months later, Dream and Wall Street disappeared and online DNM communities were deplatformed. Despite the obstacles along the way, there are still more than 12 active DNMs today and forums filled with hidden market participants that are growing in number once again.

Also read: This Short Animation Might Make You Think Twice About Taxes

The Last Two Years Have Been Hard for Darknet Market Participants

Global law enforcement has been dedicating significant energy toward shutting darknet markets down. It’s similar to the drug war on the streets, but the investigations and battles are fought in the deepest recesses of the web. In the summer of 2017, investigators made headway when a major operation orchestrated by the FBI, DEA, Dutch National Police, and Europol told the world it had shut down the massive DNM Alphabay. The marketplace, just like the Silk Road, sold illicit narcotics for cryptocurrencies and managed to attract 200,000 users and 40,000 vendors.

People could choose between 100,000 listings for fraudulent documents and more than 250,000 listings for marijuana and chemical substances. After the police teams shut down Alphabay, they also took over the DNM called Hansa, which saw a huge influx of users after Alphabay went dark. The law enforcement agencies operated Hansa undercover, collecting info on customers and vendors while recording data stemming from more than 50,000 cryptocurrency transactions.

Many people believe that the Hansa undercover operation led police to discover a lot more information about the DNM ecosystem. After the two marketplaces were shut down, the following year was filled with random DNM vendor and buyer arrests almost every other day. One particular website, Deepdotweb, a portal that published stories on these arrests, alongside DNM links and reviews, was seized in May 2019. Western District of Pennsylvania prosecutors published a 13-page indictment against, Deepdotweb’s (DDW) owners. The month prior, Reddit banned a subreddit called /r/darknetmarkets after the forum had gathered 180,000 subscribers.

Reddit admins said the ban followed a new rule, which forbids the discussion of certain types of goods on the Reddit platform. The subreddit /r/darknetmarkets violated “Reddit’s policy against transactions involving prohibited goods or services,” according to the company. A few months later, Reddit also shut down /r/darknetmarketsnoobs for the exact same violations. Following the online community and the DDW publication takedown, the popular Dream Market closed its doors and Wall Street followed in a suspected exit scam.

Despite the loss of all these markets and the online communities, both parts of the DNM ecosystem are continuing to grow relentlessly. On Sep. 8, 2019, there are 12 darknet marketplaces that are still active according to darknetstats.com. The site is updated regularly with DNM information and the last update was two weeks ago. The chart does not provide a comprehensive list of all the DNMs available, as there’s a whole lot more on a hidden list. Well known and established DNMs currently listed as “online” and “active” include the Majestic Garden, Samsara Market, Cannazon Market, Berlusconi Market, Empire Market, Agartha Market, Yellow Brick Market, Horus Market, Genesis Market, Cryptonia Market, Grey Market, Dark Market, and Nightmare Market. News.Bitcoin.com has published descriptive information on seven of the current operational DNMs as of June 2019. All of them offer different wares for sale, and different marketplace features like multi-currency support, multi-signature and escrow systems, and on some of them you need an invite from a participating member to join.

In addition to the slew of DNMs still available, a new Reddit forum called /r/darknet has been growing exponentially. Since the subreddit forum’s inception, there have been more than 61,000 subscribers. In the same manner, like the old forum, the new /r/darknet has a ‘marketplace Monday discussion,’ which is quite lively, a ‘marketplace mega-thread,’ and everyday conversations about things like dab cartridges, Netflix accounts, vendor reputation, and operations security (opsec) methods.

The forum has grown so large that subscribers have been begging /r/darknet moderators to clean up the place. For instance, a popular post written on Sep. 7 is called “Mods if you don’t clean this place up you’re going to be featured on CNN.” In the thread, /r/darknet subscribers discuss how big the forum has become and a few people insist that the forum’s mods needed to do something about some of the posts.

“[The OP] maybe a bit extreme about the whole CNN thing, but everyone’s publically asking the most stupid questions that reveal much more than they think are, mods should nuke some threads every once in a while,” one person commented on the thread. “The mod team needs a revamp — There are tons of rule-breaking posts,” another Redditor remarked.

The Continued Strength of the Agora

Despite the paranoia, there are posts every hour with people asking all types of DNM questions on the forum. The mods do have rules like accounts younger than four days can’t comment or post and discussing carding schemes is strictly prohibited. Moreover, posts that ask about markets going down are automatically removed as well. “These posts are low effort and fill up the forum,” explain the /r/darknet mods’ rules. Even though some of the largest DNMs have bitten the dust over the last two years, the ecosystem’s participants don’t seem to care. Just like the mythical serpentine water monster the Hydra, every time law enforcement chops off a DNM head, several more DNMs appear.

As long as the globalized drug war continues, law enforcement and DNM participants will battle for supremacy, with one group taking the lead at times. Even though it sometimes seems the three-letter agencies are winning, there will always be people who believe that vices are not crimes and consenting adults will continue to do what they want. Just like the founder of the Silk Road once stated, these markets derived from an anti-authoritarian stance tied to Agorism and the movement is much larger than it was back in 2011-2012.

“Every single transaction that takes place outside the nexus of state control is a victory for those individuals taking part in the transaction, so there are thousands of victories here each week and each one makes a difference, strengthens the agora, and weakens the state,” the Dread Pirate Roberts (DPR) told the DNM community back in 2012.

Looking at the plethora of DNMs active today and the rise of the /r/darknet forum shows the anti-authoritarian belief system and market economy is still thriving.

Disclaimer: Readers should do their own due diligence before taking any actions related to the mentioned marketplace domains, vendors, and products associated with this article. Bitcoin.com or the author is not responsible, directly or indirectly, for any damage or loss caused or alleged to be caused by or in connection with the use of or reliance on any content, goods or services, products, websites, and vendors mentioned in this article. This editorial review is for informational purposes only.

Did you know you could win big with Bitcoin gambling? Choose from a range of BCH games including BCH poker, BCH slots, and many more. All games are provably fair—good luck!