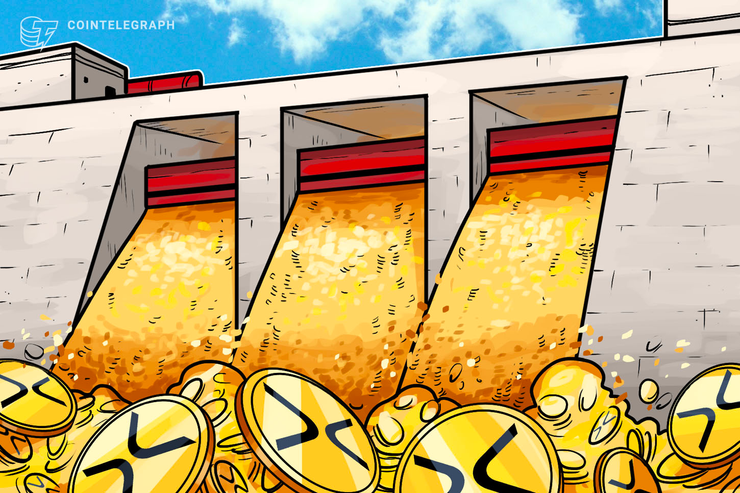 Whale Alert, the ever-vigilant live tracker for cryptocurrency transactions, noted that Ripple transferred a total of 1 billion XRP tokens from its escrow wallet on Dec. 2.

Is Ripple crashing the token’s price?

This isn’t the first time that Ripple has executed such enormous transactions. The practice has raised concerns among the XRP community, as some of its members fear that Ripple is dumping XRP and crashing the token's price.

In August, a Change.org petition entitled “Stop Ripple dumping,” was launched, followed by a more sarcastic petition in September, urging Ripple to increase the dumping of XRP and “unleash the utility!”

The XRP community previously threatened the company’s execs with staging a takeover if they do not start to pay attention to these concerns. However, the company insists that it is selling XRP to invest in firms that could help its ecosystem grow and to fund its own operations.

Multiple partnerships have no effect on XRP’s price

XRP’s price has been steadily declining over the past few months, although several new partnerships have been established. Just recently, major money transmission network MoneyGram announced that the San Francisco-based company Ripple had completed its original commitment with a final $20 million investment.

The two companies entered into a 2-year-strategic partnership to collaborate on cross-border payments and foreign exchange settlements with digital assets. As part of the agreement, MoneyGram would be able to draw up to $50 million dollars from Ripple in exchange for equity.

However, XRP — the third-largest coin by market capitalization — was not able to cash-in on the news. The coin is looking weak, as it trading just above a yearly low at $0.219, with one trader going as far as predicting that the coin could hit zero by February 2020.